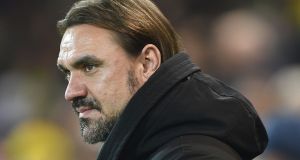 Are Norwich City having a bad season?

It seems hard to argue they are having a good one; after 26 games they are 13th in the Championship, nine points off the play-offs, one place and two points behind Ipswich Town. Next up, the not altogether welcoming prospect of Chelsea in the FA Cup on Saturday.

Lowlights include a run of eight matches without a win from October to December, a 4-0 mauling at Millwall, defeats at Carrow Road by Sunderland and Brentford and only 14 home goals, fewer than all bar four teams in the division.

Boos have been a regular backdrop and the manager, Daniel Farke, has been under consistent pressure since joining in the summer from Borussia Dortmund’s reserves.

On the positive side, there was a nine-game unbeaten run, a narrow defeat by Arsenal in the League Cup fourth round and a comfortable derby win at Portman Road.

Perceptions of overall performance may vary depending on your perspective. For four of the past seven seasons, Norwich were in the Premier League, first with a buccaneering style under Paul Lambert, then more pragmatic under Chris Hughton and finally, after relegation, a brief return under Alex Neil.

They have an average attendance of 25,500, higher than seven teams in the top flight, and last season ran up a wage bill of €62 million, the second-highest recorded in Championship history. This is a club which believes it belongs at the top.

Look at it another way and the picture is different.

Over a longer period, Norwich have spent only eight seasons in the Premier League during its 25-year history. They have currently only the ninth-highest attendance in the Championship, now a division full of historic clubs, many under new ownership, all trying to make it to the promised land. And that wage bill? It’s a millstone around their neck.

At the AGM in November the chairman, Ed Balls, admitted the club would face “a substantial financial challenge” were they not to be promoted this season. A third year in the second tier would see an end to parachute payments and a huge hole in the accounts.

“Tough decisions will have to be made,” Balls said. For fans, this remark was interpretable in only one way: Norwich’s best players will be sold.

There is no doubt as to who those most prized assets are: Alex Pritchard and James Maddison. Both were signed by Neil but neither midfielder featured much under the Scot.

Maddison, loaned out to Aberdeen last season, has flourished in an attacking midfield role, scoring seven times and adding eight assists. Pritchard, the Tottenham academy graduate and a player of undoubted ability, returned less then a month ago from an injury sustained in pre-season. He is on Maddison’s wavelength and the pair combined for the winning goal in the reverse fixture against Millwall on New Year’s Day.

That the departure of these two – Maddison is 21, Pritchard 24 – is the most likely option should City remain in the Championship (and perhaps even before then) speaks to the absence of alternatives.

The owner, Delia Smith, is a lifelong fan who has kept the club from financial ruin more than once but her vision remains as it has always been, that Norwich City should be self-sufficient. This is not a position shared by more vocal elements of the Carrow Road crowd, and is certainly at odds with other clubs in the division.

There is a strong argument Smith has never received due respect for what she has achieved at Norwich, even if her “let’s be havin’ you” moment was eventually incorporated into a chant. It is also true her strategy for the club is more than just rhetoric. In removing Neil last spring the club also changed its structure, also removing the role of chief executive and creating senior posts of managing director and sporting director.

The latter was filled by Stuart Webber, poached from Huddersfield. He recruited Farke from the job previously held by the Terriers manager, David Wagner. He also overhauled the recruitment system. In the summer, alongside Farke, he made 10 signings, most on low wages. The 33-year-old also gutted the coaching staff and rebooted the club’s academy, declaring it “paramount”the facility produced more first-team players.

This is a season of massive change, whatever the perspective, and many fans have been unwilling to put up with the consequences. Webber and Farke have surely made mistakes too but the urbane German appears to have forged a real bond with his squad. He claimed the haranguing that followed the Brentford defeat on December 23rd led to tears in the changing room but his team responded with seven points from nine in the Christmas period.

With 20 games remaining, the gap to the play-offs is not insurmountable. It will require a consistency Farke’s side have yet to show but a successful chapter in the Canaries’ history has not yet come to a close.