Chris Smalling on being a vegan professional footballer

His business interests echo his concerns about environment and animal welfare 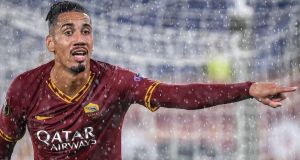 Chris Smalling says his early steps into veganism owed much to his wife’s cooking and the fact that reducing his meat intake appeared to have a beneficial effect on his tendonitis.

What began as self-interest opened the door to a new world for the Manchester United defender and, while describing him as an “eco-warrior” is stretching it, the 29-year-old has clearly found a passion away from the pitch.

While the popular, and often misguided, perception of modern-day soccer players is of young men investing their eye-watering salaries in luxury items such as sports cars and posh watches, London-born Smalling has gone down an alternative route.

The electric car is on order and he has invested in Ananas Anam, a company using pineapple leaf fibre (Pinatex), a waste-product from the pineapple industry, as a sustainably-sourced substitute for leather and oil-based textiles.

“I had been on a plant-based journey for a while and my wife and I wondered why there was no alternative to the leather industry which is quite barbaric and damaging,” Smalling, currently on loan at Serie A side Roma, explains.

“I bought a pair of Hugo Boss trainers made from Pinatex and I began to research more about the production and was impressed. It aligned with my values.

“They are very keen to explore the sports element and being able to use their yarns to develop sportswear.”

Smalling did not go through the traditional academy structure with one of the big football clubs, instead setting his mind on a degree in economics.

A call from Fulham changed his path and a move to Manchester United followed in 2010 and, with two Premier League titles, an FA Cup, a Europa League title and 31 England caps, football proved a wise career choice.

Business has always fascinated Smalling though and he has found the perfect fit with a company that echoes his concerns about the environment and animal welfare.

‘Gap in the market’

While the carbon footprint of the soccer industry might seem at odds with his beliefs, Smalling believes there is an opportunity for clubs to embrace green technologies. Perhaps even replica kits made from pineapple fibre?

“I feel it’s in its infancy,” Smalling said. “There is a gap in the market. It’s still early days but I’m enjoying where it’s headed. Sport is an obvious market and it’s exciting to see where this could go.”

Smalling regularly uses his social media platforms to support animal welfare and environmental causes and admits it can be frustrating when he receives negative feedback from people who question his jet-set lifestyle.

“I’m not perfect but I’m a footballer so I’m used to criticism,” he said. “It’s not about getting into arguments.

“But whether it’s the environment, mental health or racism, I think players now feel more confident about sharing things. It seems quite daunting at times because you’re putting yourself out there and you’re not sure what you’re going to get back.

“I think through social media, people relate a lot more to footballers because they’ll see them as normal people with the same issues.”

Smalling is not the only high-profile footballer to become a vegan, with Lionel Messi and Sergio Aguero following a similar path. For him the switch was gradual, and initially for the health benefits, but animal welfare is now the main factor.

“Once I knew the facts it was hard to ignore,” he said. “Some people are fearful about environmental issues. They say ‘no meat’ or ‘I can’t fly’. But I think ultimately it’s recognising that you want to make small steps.”

Smalling said he had been fully supported in his vegan diet at Old Trafford where, after some initial raised eyebrows and jokes, the vegan food often disappeared first.

While Smalling is busy off the field with a five-month-old son and his business ventures, the day job in Italy is going well.

“It’s been fabulous,” he said. “Throughout my career I always thought it would be nice to play abroad. I definitely would have regretted it if I didn’t at least try.

“I’m contracted here until the end of the season but when I go back I think I will be a more complete player.”