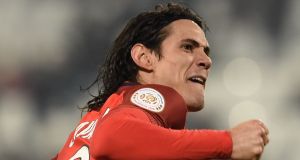 In the rarefied world of the Champions League there is a fine line between being a serious force and a serial joke. Arsenal know this and so do Paris Saint-Germain, who host Barcelona Tuesday night in the first leg of what almost amounts to a face-saving mission for the club and for their manager, Unai Emery. There is more than a place in the quarter-finals at stake.

Emery has been in his job only since June but needs his team to topple Barcelona to deflect doubts about his coaching and the French club’s method and mettle. This time last year PSG thought they had established themselves as bona fide European giants by beating Chelsea home and away but criticism and mockery for the oil-powered club returned with a vengeance when they flopped in the next round against Manchester City.

PSG’s chief executive officer, Nasser al-Khelaifi, described it as the lowest point of his reign.

Since being boosted in 2011 by the Qatari government’s investment authority, PSG have won nine major trophies in France, including the past four Ligue 1 titles, but never made it beyond the quarter-finals of the Champions League.

By comparison, Chelsea finished as semi-finalists three times and runners-up once in the first five years after Roman Abramovich decided to become their fairy godfather.

Chelsea went on to win the trophy in 2012, whereas PSG got the feeling after the defeat last year by City they were going backwards.

“This was the first time I’ve had the feeling of failure, not because we lost in the quarter-finals again but because of the manner of the defeat,” Khelaifi said before announcing there would be “major changes”. The tie against Barcelona will give the strongest indication of how well those changes are working.

The changes were on three levels. Emery replaced Laurent Blanc as manager, Patrick Kluivert was hired as director of football and there was a turnover of players, with Zlatan Ibrahimovic and David Luiz among the departures and several players arriving – four in the summer and another three last month.

Over the past month there have been hints that those changes are bearing fruit but there is still a sense everything could turn sour for a club at a critical stage of their growth.

PSG have won 10 of their past 11 matches but the one they failed to win was the most important, last month’s 1-1 home draw with Monaco, who remain on course to seize PSG’s domestic crown.

The injury-time equaliser PSG conceded to Monaco was the latest evidence that when push comes to shove, this PSG team tend to stumble. Finishing below Arsenal in the Champions League group stage, despite outplaying them twice, was also damning.

PSG’s wealth does not buy more time for Emery. Au contraire. The Spaniard has altered PSG’s style but not yet as much as he would have liked.

Senior players such as Thiago Silva and Maxwell met the manager after an embarrassing defeat at Toulouse in September and discussed moderating the pace of change.

The upshot is that PSG have had a hybrid feel, as if they are trying to play Emery’s style but in Blanc’s formation. That suggests Emery does not quite have all the players he wants, although last month appeared to bring a degree of clarification about recruitment, with Kluivert seemingly emerging as more influential than Olivier Létang, the sporting director.

Julian Draxler was the key January signing and, despite his drab form at Wolfburg before his arrival, he has made such an impact that he is practically guaranteed to start against Barcelona. The question is where.

The sense is Emery would like to deploy him just behind Edinson Cavani in a 4-2-3-1 but the problem is that many of the players the manager inherited still seem more comfortable in a flatter 4-3-3, which entails sticking Draxler out wide and reducing creativity.

The fact that Thiago Motta is suspended for the first leg against Barcelona and Blaise Matuidi has seemed on the decline for most of the season may convince the manager to impose his more adventurous instincts.

It is certainly a plus that Marco Verratti made a strong return from injury in the victory at Bordeaux on Friday but, even with the ingenious Italian, PSG need more creative players in the middle, especially as Javier Pastore’s match fitness is uncertain after a couple of months out injured.

Giving Draxler a central position enables PSG to station Lucas Moura and Ángel Di María on the wings, an option that looks all the more attractive since Di María’s recent upswing in form.

That would be a daring ploy, even more so if Emery followed it through by selecting his most aggressive fullbacks, Serge Aurier and Layvin Kurzawa, as opposed to the more stable Thomas Meunier and Maxwell.

Emery also has a big decision to make in goal and the fact that Alphonse Areola and Kevin Trapp have been faulty this season may convince the manager that trying to outgun Barcelona is the safest policy.

All the more so if reports are true that the captain and leader of PSG’s defence, Thiago Silva, has been ruled out after suffering an injury in training.

Which brings us inevitably to Cavani. Emery may lament, a little like Pep Guardiola with Sergio Agüero, that the striker does not fit into a holistic plan as readily as the manager might wish and is, therefore, not a worthy heir to Ibrahimovic’s Parisian throne.

And Cavani is still liable to squander chances – but despite those beefs he is in the deadliest form of his career. His two superb volleys on Friday took his tally to 33 goals from 31 matches this season and put him on course to beat the record set last term by Ibrahimovic.

Cavani had to wait until his club entered a transitional period to gain the role he craved. Now he could spearhead a thrilling way forward for Paris. Or the club could be knocked out and make another punchline.