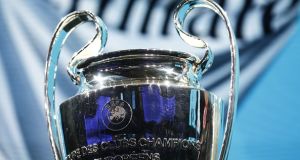 The Premier League’s 20 clubs say they will “vigorously defend” the domestic game against any plans to alter it.

Uefa has recently started a consultation process for what some believe could be radical changes to European club football after the current arrangements expire in 2024.

It is understood that one proposal, backed by European Clubs Association chairman and Juventus owner Andrea Agnelli, could see the current Champions League format replaced with four groups of eight teams that would play each other home and away, with qualification based on historic performance as opposed to recent domestic success.

This would effectively ring-fence the competition, and its riches, for the biggest clubs but it would also mean a lot more European games and Agnelli, and other club bosses, have made little secret of their belief that the elite should play fewer domestic games to make room in the calendar.

This would have a dramatic impact on the Premier League as it would almost certainly mean reducing the competition to 18 teams and ending the involvement of top-flight sides in the Carabao Cup.

But in a statement released after an otherwise routine Premier League shareholders’ meeting in London on Friday, the clubs have firmly rejected any such change to the Champions League’s format or qualification criteria.

“All clubs unanimously agreed it is inappropriate for European football bodies to create plans that would alter the structures, calendar and competitiveness of the domestic game and will work together to protect the Premier League,” it said.

“In England, football plays an important role in our culture and everyday life. Millions of fans attend matches across the country, with allegiances and local rivalries often passed down through generations. We have a fantastic combination of competitive football and committed fans that we will vigorously defend.

“The structures of domestic football are determined by leagues and their respective national associations. We will now work with the FA and other leagues to ensure that European football bodies understand the importance of this, and their obligation to maintain the health and sustainability of domestic league football.”

The Premier League statement came an hour after the organisation that represents 35 leagues in 28 countries, including England and Scotland, wrapped up its two-day general assembly by sending a similar message to Uefa and the top clubs.

Speaking to reporters in Lisbon, European Leagues president Lars-Christer Olsson said: “Our main objective is to safeguard and protect the domestic competitions.

“We think these are the most important competitions to the fans, much more important than any international competition.”

Olsson’s rallying cry comes at a time of feverish speculation about the potential changes to European club competition in five years’ time.

The ECA held its general assembly in Amsterdam last week and tried to distance itself from the idea that some of its members were trying to create a European Super League by stealth.

But there is no doubt the elite clubs and Uefa have started to discuss formats that would completely overhaul European football.

That process started at a meeting between the boards of the ECA and Uefa at the governing body’s Nyon headquarters last month and European Leagues’ leadership will get the same opportunity on May 8th.

Olsson, a former Uefa chief executive who now runs Sweden’s professional league, said European Leagues “will develop our own model” for the Uefa club competitions as a “starting point for a conversation” about what they should look like.

He then explained that the majority of the 900 clubs represented by European Leagues believe the current Champions League format and revenue distribution model has been “a negative” for domestic competitions, as it has enabled the rich clubs to get richer, entrenching their positions at home.

He said that when the Champions League replaced the European Cup in 1992, the teams involved shared about £19million between them, but last year the clubs involved earned more than £1.7billion, a multiple of 90 in just 26 years.

Furthermore, he said, the 12 richest clubs took 39 per cent of the total income generated by the European football industry, and the 15 richest clubs earned three times more than the rest from broadcasting.

1 Gordon D’Arcy: If Farrell can tap into our self-worth, we’re all on a winner
2 Winds of change as Ireland name a refreshed team, picked on form
3 Nike Vaporflys won’t be banned but regulations will tighten
4 Who is Caelan Doris? Meet Ireland’s newest rugby star
5 Sean O’Brien 4.0 - Leinster starlet ready for Under-20 debut
Real news has value SUBSCRIBE