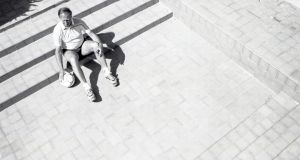 Former Ireland manager Jack Charlton died on Friday at the age of 85. After managing the team to its greatest moments and being made an honorary Irishman as a result, Charlton has a special place in the hearts of Irish people everywhere. Here, Mary Hannigan looks back at his legacy in his own words.

“If the team performs honestly, deep down then the Irish people are happy. I like that. They are are realistic and so am I. We like one another. We don’t fool ourselves or each other.” – On his relationship with the nation.

“I said to him ‘thanks very much, David. You’ve had to sit around for a while, but it was worth it.’” – On O’Leary coming out of exile to send Ireland in to the World Cup quarter-finals.

“1966 at Wembley was a landmark in my career, but I think this experience is even better. To lead Ireland to the quarter-finals of the World Cup gives me a deep sense of satisfaction and I am delighted for the players, the supporters and the people of Ireland.” – On how much that shootout victory over Romania in 1990 meant to him.

“The Pope was giving the third bit of his blessing and he was looking right at me and he had his hand in the air. As I woke up, I thought he was waving at me, so I stood up and waved back.” – On his eventful trip to the Vatican.

Tributes flood in for Big Jack

“Absolutely gutted. Father figure to me for 10 years, thanks for having faith in me. Sleep well Jack, Love ya. Thinking of Pat, John and Peter at this sad time.” – Paul McGrath.

“What a football man, loved and adored, especially in Ireland. The best manager I was lucky to play for. The times we had on and off the pitch were priceless. My thoughts are with Pat and the family. RIP my good friend. Never forgotten.” – John Aldridge.

“Jack Charlton led the band. He brought us, as a players and fans, to places we never thought possible beforehand and gave us so many precious moments. He changed lives. For his players, he gave us the best days of our lives.” – Niall Quinn

“I loved the bones of the man. He changed my life, he changed everything for all of us who played for Ireland and just look at the memories we have. We will always have Stuttgart and Genoa and Giants Stadium thanks to Jack. That’s how we will remember him, with a great big smile on his face. I know this is a sad day, but we will remember the great days as well.” – Mick McCarthy.

“Thank you Jack, you changed Irish football for the better, you gave hope to young kids like myself that it was possible to play in World Cups and that we weren’t there to make the numbers up. You will live forever in our hearts. We’re all part of Jackie’s army. Sleep well Jack.” – Robbie Keane.

1 Worst sporting moment: White knuckle ride on a hate-filled night at Windsor
2 Worst Sporting Moment: Mighty Nijinsky misses moment of triumph
3 Rugby to return in England with rucking but no hugging
4 Irish roots with the bit of Jo’burg dog: Curtis Campher has arrived
5 Acute disillusionment the only response to growing FAI debacle
Real news has value SUBSCRIBE
Crossword Get access to over 6,000 interactive crosswords