All Island League meetings to hear findings of first assessment 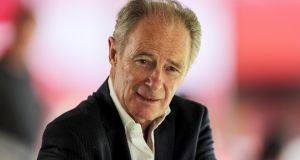 Brian Kerr will be part of the All Island League group. Photo: Laszlo Geczo/Inpho

Kieran Lucid and his All Island League Advocacy Group kick off a critically important few days for their campaign to overhaul the club game here at the Waterfront Hall’s Studio Room in Belfast on Tuesday evening when Dutch consultants Hypercube will deliver their initial findings of what the potential for the proposal is.

Pieter Nieuwenhuis and Pim Klaver will be on hand to deliver the firm’s findings and the pair will also address meetings in Dublin and Dundalk on Wednesday and Thursday respectively. Brian Kerr will be part of Lucid’s group at all of the meetings with other key backers attending selected meetings.

The intention, Lucid says, is to let people know what Hypercube have come up with after sifting through the data provided by clubs north and south of the border. Two of the Northern Irish Football League sides – Cliftonville and Ballymena United – have said they do not want to be involved but the majority of clubs in both jurisdictions remain supportive and most have provided the information requested so that an assessment of the commercial and other possibilities could be examined.

Lucid claimed on Monday not to know the detail of what they have found so far but, he says, “they have told me that there is a case for change”.

The hope will be that it is strong enough to persuade the Irish Football Association (IFA) to reconsider their opposition to the plan which they made clear at the end of October, something that was seen by many, though not necessarily the clubs themselves, as dealing a potentially fatal blow to the entire venture.

“It (their statement) came out of the blue and we were certainly disappointed by it,” he says, “but as long as the clubs want it then we feel we have something to work with and our intention would be to keep talking to the IFA in the hope of bringing them around.

“We hope that Hypercube’s findings will make a strong case for us but we will keep at it; nothing worth having comes easy.”

Niall Quinn said last week that he and the new regime at the Football Association of Ireland (FAI) are open to the whole idea if it is what the clubs want, something Lucid is pleased about, and there is a sense that Uefa is interested too as it looks to explore ways of enabling members of its less affluent leagues survive in a landscape increasingly dominated by the continent’s richest clubs.

The intention over the next few days, though, is to inform various sectors of the game here – clubs, players, coaches and supporters – of the Hypercube findings then get as much feedback as possible. The Dutch company, he says, advised the group here to “broaden the conversation” and, after having come up with a very detailed plan, to be less inclined to suggest “that we have all the answers”.

The plan is that these meetings will kick off a two month process that will end in late March with a range of options – expected to include both the full blown all island league and the status quo plus a couple of possibilities in between, most notably a hybrid that might involve two rounds of domestic league games followed by a cross border portion of the season – being presented at that stage.

By then, all of the financial projections will, Lucid says, have been fleshed out on the basis of meetings with broadcasters, sponsors as well as Government representatives and what will be put to clubs and other stakeholders will be “something not too far short of a deal that can be signed”.

The Kerryman is anxious for as many supporters as possible to attend, pointing out that the current Danish league structure was actually the product of a fans’ meeting but, he says, regardless of what the attendances are like, “the principle of involving everyone in the process was important to us”.

There are no tickets required for the meetings and admission is free. The schedule in Belfast and Dublin (Tuesday and Wednesday evenings respectively) is 6pm for players and coaches, with supporters invited to come at 7.30pm. The venue in Dublin is the Aviva Stadium’s Vavasour Suite at the south end of the ground. The Dundalk meetings are aimed at clubs and the media.

1 Gordon D'Arcy: Ireland must go after victory by frightening France into mistakes
2 Robbie Henshaw likely to be the only Irish change for France finale
3 Seán Moran: Will a silent, empty Hill help to loosen Dublin’s grip on Sam?
4 Cian Healy: ‘Realistically I got away with murder when I was younger’
5 Warren Gatland: England players could miss Lions tour if not released for Japan warm-up
Real news has value SUBSCRIBE
Crossword Get access to over 6,000 interactive crosswords