When Rojo clashed with Zlatan: ‘What’s going on with you, big nose? Shut up!’ 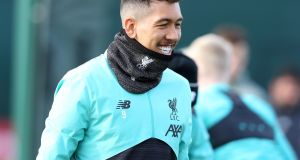 Pulling a fast one over Bobby

It was a couple of years ago that Ernst Tanner, then the sporting director of German club Hoffenheim, recalled the time that an agent sent him a video showcasing the talents of one of his clients, a Brazilian teenager, in the hope that he’d be so impressed he’d sign him up.

And he was impressed, although, as he told World Soccer at the time, “the video left us puzzled. The player appeared to have a shot like an absolute rocket . . . it was then we realised that the video had been speeded up. Every bit of play was that little bit quicker.” Yes, the genius agent had used his video editing skills to make the player look as speedy as Usain Bolt with a shot like Roy of the Rovers.

It didn’t put Tanner off, though, Hoffenheim signed the player and made a very healthy profit when they sold him on four years later.

Tanner, who now works with the Philadelphia Union in the MLS, was reminiscing again last week about the player and talked of his early concerns about his physical condition. “You should have seen the data we had on him,” he told Bleacher Report. “We do these endurance tests and he had the worst numbers I have ever seen. They were so low that you couldn’t even believe that he was ever able to play professional football. He was even worse than my grandma.”

Happily, the player’s endurance levels picked up. You might have heard of him – Roberto Firmino.

When Zlatan saw red over Rojo

Best Yarn About Falling Out With A Team-Mate: That’d be the one Marcos Rojo shared last week with Argentinian radio station Cielosports about a bust-up he had with Zlatan Ibrahimovic when the pair were at Manchester United, Jose Mourinho having to intervene when they came to blows in the dressing room after a game.

What happened? “I knew he wanted us to give him the ball all the time,” said Rojo, “but during a game I saw him ask for it and I didn’t give it to him. I passed it to Paul Pogba. Then he started yelling at me, raising his hand, and telling me a lot of things in Spanish and English.”

Rojo’s response incensed Ibrahimovic to the point where “I knew that if he caught me he would kill me”. What had he said to the Swede? “What’s going on with you, big nose? Shut up!” Brave lad, Marcos.

“His mother must have been a good player because his dad was a plodder” – Graeme Souness reckoning Erling Haaland got his talent from his Ma (former heptathlete Gry Marita), rather than poor auld Alf-Inge.

4- That’s how many Lionel Messi scored against Eibar on Saturday, ending his longest goal drought in six years – it lasted a whole, eh, four games.

“It’s like when I met my wife - I saw her and thought ‘okay, I marry her’. And it was like that with the club. It felt right from the first moment.” Jurgen Klopp on it being love at first sight when he met Liverpool.

“The great strikers, the goalscorers, all they’re interested in is scoring a goal – Joe is not like that. He is more a team player.” Steve Bruce explaining why his £40m striker Joelinton has only scored one Premier League goal this season, and that was back in August.

"It’s like going to a fight with a gun without bullets.” In the absence of the injured Harry Kane and Son Heung-min, Jose Mourinho fears Spurs will only fire blanks.

Not a Disney ending

It might only have been a pre-season friendly but Real Madrid’s 7-3 defeat by their beloved neighbours Atletico Madrid in New Jersey last July had dire consequences for a three-year-old girl called Sara, as her father Casemiro, Real’s Brazilian midfielder, revealed last week.

Even though he hadn’t played in the game, him being on an extended break after helping Brazil win the Copa America earlier in the month, Casemiro was so traumatised by the defeat he decided to return to training with the club earlier than planned. How did this impact Sara? Her Da was meant to be bringing her to Disney World.

“But I decided that I couldn’t continue my vacation and go to Disney World, so I told my daughter that ‘Dad has a problem at work, and I have to cancel the vacation’,” he confessed.

It was Casemiro’s 28th birthday on Sunday. All we hope is that Sara gave him an Atletico Madrid shirt for his pressie.

A riot of a party

Oddest Football Scuffle of the Week: We’ll go with the one that appeared to break out between fans in the stands at half-time in the Turkish second division game between Afyonspor and Konyaspor.

Police officer Engin Cakin led a group of his colleagues to intervene, at which point, according to Goal, “the fighting suddenly came to a halt, with fans instead circling around the doubtlessly puzzled policeman.” (Cakin isn’t the only one puzzled here). “He was then treated to a raucous chorus of ‘Happy Birthday’, and even received a cake – receiving another round of applause when he blew out the candles and thanked supporters”. What? Well, Goal told us that “AFYOK, an organised fan group at Afyonspor” discovered it was officer Cakin’s birthday (how, they did not say) and decided to surprise him, faking a punch-up to get him in to the stands. “I’m really surprised and happy with this,” he said after. “I’m glad and proud to have received this kind of love and support.”

“Chelsea players were watching the game with nice sparkling water with lemon, some biscuits and then we play Saturday 12 o’clock. We can’t even sleep well.” Jose Mourinho, making no excuses at all as he looked ahead to the Chelsea game following Spurs’ Champions League tie against Red Bull Leipizig on Wednesday.

“Anfield is very old. If it had to pass a technical inspection from UEFA, it would not be able to do so to save its life.” As if things weren’t tense enough between themselves and Liverpool last week, Atletico de Madrid president Enrique Cerezo only goes and insults Anfield.

“I will not wash my clothes after receiving his hugs.” Martin Braithwaite was almost as excited about getting a hug from Lionel Messi as he was about making his debut for Barcelona.

Only a matter of time before British Open bites the dust 18:24
Even 60 years on, French rugby tome still holds water 18:00
Son Heung-min to carry out mandatory national service in South Korea 16:39
Rich Premier League clubs way off the mark in cutting staff pay 13:00
R&A say they are still undecided on Open despite cancellation reports 12:54

1 Avoid the treadmill at all costs – marathon training in the 2km radius
2 Reality Bites – Tales from the new normal: Shane O’Donnell
3 Son Heung-min to carry out mandatory national service in South Korea
4 My favourite sporting moment: When Sea The Stars showed us what perfection looks like
5 ‘NRL Island’ being considered in Australia to continue season
Real news has value SUBSCRIBE
Crossword Get access to over 6,000 interactive crosswords