WRU make decision ‘in the best interests of supporters, players and staff ’ 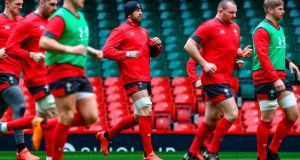 The Six Nations match between Wales and Scotland in Cardiff has been called off due to fears over the spread of the coronavirus. The Welsh Rugby Union issued a statement on Friday morning insisting it would go ahead as planned but Saturday’s match now becomes the fourth of this year’s Six Nations to be called off.

In a chaotic state of affairs, Wales had already conducted their captain’s run and Scotland about to do theirs when the announcement was made. The WRU insists that the government’s medical advice has not changed but that the decision has been taken in the interests of “supporters, players and staff”.

Pressure was also mounting in light of mass cancellations in other sports. With France v Ireland and Italy v England already off, it means there are no Six Nations matches this weekend.

A WRU statement read: “Whilst medical advice remains consistent, we have decided that it is in the best interests of supporters, players and staff to fall in line with recent measures taken across the UK and global sports industries.

“The WRU would like to thank all parties for their counsel on the subject and will make further announcements with respect to rescheduling the fixture in the coming days. Every effort has been made to stage this game and we appreciate that individuals will have been inconvenienced. Given the fluid and unprecedented nature of this issue, a postponement became the only viable option.”

It is unclear as yet when the match will be replayed, though October 31st is the most likely, given that is considered a logical date for Saturday’s other rearranged matches. The Six Nations also has to reschedule Italy’s trip to Ireland. – Guardian