English club were sanctioned for breaching the Premiership salary cap 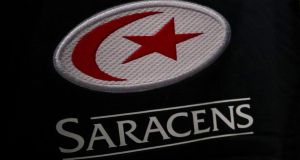 Saracens are set to drop their planned appeal against a €6.3 million fine and a 35-point penalty for a breach of the salary cap.

The back-to-back English Premiership champions and reigning European champions had initially announced their intention to appeal against what they deemed to be “heavy-handed” punishments that were further described by club chairman Nigel Wray as “absolutely devastating”.

But ahead of Monday’s deadline to officially serve notice of appeal, Saracens are now poised to confirm they will not be doing so.

Addressing the reports that Saracens will not lodge an appeal, director of rugby Mark McCall told BT Sport ahead of Sunday’s Heineken Champions Cup clash with Racing 92: “Other people in the club are going to make that decision. As far as I know the deadline is tomorrow.

“My job is very clear and that’s to get on with the rugby and get the very best out of this group.

“This group have done so well for us over the last four weeks and we’re really excited to see how they go again today.”

Pressed on whether he was being consulted on the matter, McCall stressed: “It’s not my decision. It’s a decision for other people in the club.”