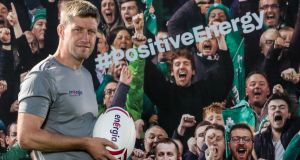 Approaching his first pre-season as head coach at La Rochelle, as much as anything Ronan O’Gara wants his new club to be synonymous with work-rate.

This, he believes, is the basic ingredient of any successful team in any sport, and applies to Joe Schmidt’s World Cup-bound Irish squad.

“That’s a starting point. We haven’t even talked about structure, skill set, mindset, all these things are hugely fascinating. So you need to be really good at a lot of them.

“You look at the Irish team going to the World Cup and they are strong in all those areas. Probably the area that will be most pertinent will be the mental game because of our past history in World Cups and just the challenge of either New Zealand or South Africa,” said O’Gara of Ireland’s putative quarter-final opponents.

“That game itself becomes Final One, then if you progress it’s Final Two, then if you win it you’ve Final Three.”

That said, Ireland’s record points’ scorer and second most capped player of all time doesn’t believe any mental baggage will afflict the current Irish squad.

“I don’t think so. In ’11 there was a small bit of underestimating Wales in the quarter-final. After going four out of four in the pool stages there was a huge missed opportunity for our group of players.

“I don’t think we reacted well to winning four games in a row. We didn’t reset and get the mental side right for the games against Wales in Wellington. It cost us badly,” O’Gara said of that quarter-final defeat.

“In 2003 the mindset wasn’t where it needs to be for a world competition and ’07 was just a perfect example in meaning so much that you ‘overcare’ and you ‘overtrain’ essentially. You try and fix all your problems through the week. If we had our time again I am sure we would say we need to do more ‘walk throughs’ during the week as opposed to [doing them] at such massive intensity because we cared so much.

“When the gun was put to our head in matchday we just didn’t have another gear. We were dead on our feet, both physically and mentally from great, incredible preparation. I just remember it was a great time, feeling so fit and being very confident, getting the gym right but maybe not getting the rugby right.”

The Springboks’ 16-all draw in Wellington in the Rugby Championship last Saturday further underlined their improvement under Rassie Erasmus.

“South Africa definitely look a lot more organised and I’d say teams are struggling with their rush defence,” said O’Gara. “But I think with that defence sometimes it takes a little bit of time to adjust to it. New Zealand teams wouldn’t be used to attacking it. I think if they were to play them [Boks] again next weekend they’d have more solutions with their potential options that they may take against them. South Africa are very good at it, but it’s all in.

“But from Ireland’s point of view it really helps having Joe Schmidt there because he knows New Zealand inside out and thankfully there isn’t the same mystique about playing South Africa as there is playing New Zealand, and we’re used to beating Argentina and Australia.”

While the All Blacks were clear favourites in 2015 to retain the World Cup, O’Gara cannot remember a more open competition, “at any level”.

“I don’t know if it’s stretching it to say that seven teams could win it. Argentina have a good history. Obviously they’ve no history of winning it, but they’ve got to semi-finals. You’ve got to respect what Gatty [Warren Gatland] does. Wales are bloody impressive. They put on a show against Ireland in Cardiff and it was a big game for both teams.

Home is home and Munster is my home, so in that regard it is something that you would love to do

“If England have [Owen] Farrell, [Maro] Itoje and the two Vunipolas [Mako and Billy] they’re a match for anyone. That’s three teams over this side of the world and New Zealand, obviously, because of their pedigree and South Africa. One or both of them could be in a semi-final.

“Michael Cheika will have a great plan,” adds O’Gara of the Wallabies’ head coach. “I admire what he is doing. He realises he can’t fight with them over a four-year period. He has to get his timing right and I think he will.”

“I think there is a great aura about him and the Munster backs might derive more confidence from a guy like him. And the Aussies are always exceptional on attack frameworks.”

This, he said, should suit Munster’s ability to play.

“I think they need to develop their game a bit because it was a traditional Munster game, but then it became a South African-based game which is a little bit more restricted than a Munster game,” said O’Gara, citing the near pitch-length try they scored in their epic Heineken Cup semi-final win over Toulouse in Bordeaux in 2000, when “playing the ball out of a tackle, being smart and playing what was on”.

“I think they have gone away from that and someone like Larkham could re-ignite a lot of that. It is a very strong backline on paper there. For whatever reason, I didn’t think we saw that last season, as a fan of them.”

O’Gara says his two years at the Crusaders underlined the importance of him conveying a confident and positive approach to his players, as well as “the Joe Schmidt detail” of coaching, and the value of having a core group of homegrown players.

Having focused on defence at Racing and attack at the Crusaders, O’Gara took on the job of head coach at La Rochelle to work on both sides of the ball.

The lack of an indigenous coach at Munster was, he said, an understandable product of the need to provide Johann van Graan with the assistants he wanted. Nonetheless O’Gara hoped Munster were keeping in contact with the likes of Mike Prendergast, Mossy Lawlor, Denis Leamy, Paul O’Connell and James Coughlan. “They should not be lost to the game.”

As for him one day returning to Munster, O’Gara said: “Home is home and Munster is my home, so in that regard it is something that you would love to do. But I think in this game the ‘now’ is so important. It just flies like that,” he said, clicking his fingers. “I don’t really sit around and think about it too often.”