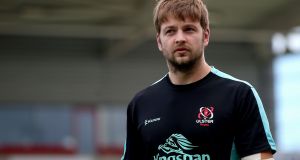 The trio are available for selection and the Northern province seem fairly likely to use the trio, or some combination of them, against a Munster side which is also expected to have most of their Ireland World Cup players involved.

With Saturday’s Pro14 game also being the final hit-out before the opening rounds are fired in the European Champions Cup, it would appear that both sides are up for going pretty close to full strength in what is a welcome but highly unusual situation for an Irish derby these days other than in knockout rugby.

Ulster will also want to try to make amends for the last time they visited Limerick when Munster annihilated them by 64-7 in a record defeat for the northern province.

Prop Marty Moore, who has yet to feature this season due to injury, and centre Stuart McCloskey, with one game so far under his belt, could also be featuring in Limerick as both are expected to be available for selection.

Winger Robert Baloucoune, who has also not played this season, is also in the mix.

Utility back Will Addison is thought be out of contention after picking up a shoulder injury in last weekend’s win over Zebre while Louis Ludik suffered a concussion in the same game and his availability will be down to the return to play protocols.

Meanwhile, promising centre James Hume has had surgery over a torn hamstring he suffered early in the victory over Cardiff Blues at the end of last month and will be side-lined for up to four months.

Ulster’s prospects of causing an upset are not enhanced by Munster’s home record and the fact the visitors have not tasted victory there since 2014 but assistant coach Dan Soper has insisted they will be ready for the formidable challenge which awaits.

“We didn’t go down there (last year) expecting that result,” he said of the nine-try tanking from September 2018. “We didn’t start that game well and once you’re in an environment like that, and if you give them a bit of a head-start, you make your job pretty tough.So I think it’s important we get down there and get off to a good start.