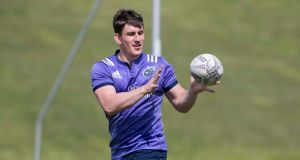 This inter-provincial finale to the regular Pro12 season sees both teams marking time in contrasting fashion. Whether or not Munster overtake Leinster atop the table, they are assured of a home semi-final two weeks hence for only the second time in seven seasons, whereas Connacht will be away to the Premiership’s seventh-ranked side in the European Champions Cup play-offs on the same weekend.

It’s all quite a turnaround from a year ago, when Connacht were beating Glasgow to earn a home semi-final en route to the title, whereas Munster were beating Scarlets here to claim sixth place and the last qualifying spot for the Champions Cup.

Furthermore, two of Connacht’s benchmark wins last season were their 18-12 win at Thomond Park, their first there since 1986, and a 35-14 rout at home on the run-in.

Hence, after one win in the sides’ first 24 league meetings, they have won three of the last five clashes, but normal service was resumed at the Sportsground when Munster got down and dirty amid horrid weather on New Year’s Eve.

Although conditions are liable to be more suited to Connacht’s daring, ball-in-hand game, that is likely to remain the case.

That said, Rassie Erasmus has kept some of his powder dry in making eight changes – resting Simon Zebo, Donnacha Ryan and, once again, CJ Stander – but in recalling Conor Murray to the bench for his first game in seven weeks, has the insurance policy of a heavyweight bench.

“Winning only once in 29 years in Thomond Park emphasises the challenge we face tomorrow,” said Lam. “With the way Munster are playing as a team this season, there is no doubt that challenge has got even tougher.”

Against the league’s best defence, Connacht need to rediscover their patience and control in possession, while also eradicating missed tackles, but with that artillery to spring from the bench, Munster should see out the game strongly.