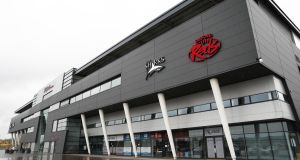 Premiership Rugby is conducting an “urgent review” ahead of Sunday’s final round of regular-season fixtures in the wake of 16 Sale players testing positive for coronavirus.

Sale indicated on Friday that their crunch clash against Worcester would go ahead as the Sharks look to avoid forfeiting the game — which would result in a 20-0 defeat and potentially jeopardise their hopes of a top-four finish.

But league chiefs revealed the entire weekend programme is now under review following the outbreak at Sale, while the governing body says it has been made aware of positive tests at other clubs.

Those results will be analysed and may act as a determining factor in deciding whether any of the matches can proceed as planned.

Darren Childs, chief executive of Premiership Rugby, said: “The health and well-being of our players and staff is our priority.

“More than 900 PCR Covid-19 screening tests were carried out on Thursday. On Friday we received the results, which was followed by a comprehensive contact tracing programme at our clubs, created by those positive tests.

“These results are being analysed with the help of Public Health England and the local health authorities involved. This will allow a decision to be made over the Sale Sharks v Worcester Warriors match, and any others that have been affected by positive results.

“We understand the stakes are very high this weekend but we have a responsibility to everyone involved with Premiership Rugby to ensure a methodical process is followed, and this cannot be rushed.”

Childs’ comments in a Premiership Rugby statement came just an hour before the teams were due to be announced on Saturday at midday.

A small number of Sale’s backroom staff have also tested positive for coronavirus, but while they were optimistic of their game going ahead, Worcester were more reticent.

Worcester’s statement read: “Warriors’ final Gallagher Premiership match of the season against Sale Sharks at the AJ Bell on Sunday is still the subject of discussions between Premiership Rugby and public health officials.

“A significant number of Sale players and staff tested positive for Covid-19 on Thursday and have been retested as part of a rigorous process that applies to all clubs and which has been in place since before the 2019-20 season resumed in August.

“The sole criterion for deciding whether a match can take place in the current unprecedented and worrying circumstances is the safety of officials and players and staff of both clubs and (minimising) the risk of anyone contracting and spreading this killer disease.

“Warriors would always prefer the outcome of a match to be decided on the pitch and will do so provided we are satisfied that all the Covid-19 protocols and procedures have been followed and no health risk is posed to our players and staff.

“At the moment we are still awaiting confirmation that those protocols and procedures can be met to allow Sunday’s match to proceed as scheduled.”

The fallout could affect Northampton’s trip to Gloucester, with Saints having played Sale at Franklin’s Gardens on Tuesday evening and already contending with an injury crisis at loosehead prop.

The unavailability of 16 Sale players decimates the Premiership’s smallest squad of just 32 senior professionals and hinders their ability to field a matchday 23 without summoning reinforcements from their academy or making emergency signings.

In addition, Manu Tuilagi, Cobus Wiese and Lood De Jager have been struck down by long-term injuries and are unavailable for a game Sale must win if they are to secure a semi-final place.

Sale’s statement said: “Although Sale Sharks have been subject to a number of positive Covid-19 tests this week, after a thorough consultation, the club, its healthcare professionals and rugby management are confident the fixture can be fulfilled safely in accordance with all Covid-19 guidelines.

“As directed by Premiership Rugby earlier today, the Sharks matchday 23 to face Worcester Warriors will be announced at 12pm on Saturday, October 3rd.

“Sale Sharks will make no further comment at this time.”

If a club is unable to field a competitive team because of coronavirus, they automatically forfeit the game and a 20-0 defeat is awarded against them.

In that scenario, Sale would almost certainly endure an agonising end to an otherwise fine season by being replaced in the top four by Bristol, who are expected to sweep aside London Irish.