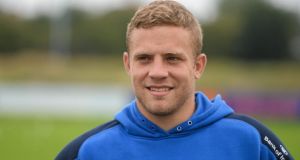 Leinster have announced that Ian Madigan has committed his future to the province until the end of the 2015/16 season.

Madigan, 24, featured 32 times for the province last year in a campaign which also saw him earn the first of his four Ireland caps to date.

Educated in Blackrock College, the Dublin born outhalf made his debut against the Dragons in May 2009 and has made 81 appearances to date for Leinster (and has scored 337 points).

Leinster Coach Matt O’Connor said: “We are delighted that Ian has extended his stay with Leinster. “He displayed a real level of consistency in his performances last year, which was recognised by his peers in being voted the Bank of Ireland Players Player of the Year as well as picking up the Golden Boot award as the top kicker in the PRO12.

“We are confident that his best years are ahead of him and he can achieve even greater things in the years to come.”