Johann van Graan is the new Munster Director of Rugby 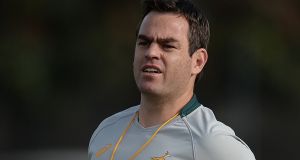 The Springboks’ assistant coach Johann van Graan will succeed Rassie Erasmus as the Munster Director of Rugby. The Irish Times has learned that van Graan, who formerly worked with the Bulls and is currently coaching the Springboks’ forwards, will link up with Munster after the conclusion of the Rugby Championships.

With Erasmus set to stay on until the end of the calendar year, this will enable van Graan to work alongside Erasmus for a while so as to ensure as smooth as possible. Van Graan was last year linked with Bath and more recently was supposedly on the Bulls’ short list, along with John Mitchell, to replace Nollis Marais as head coach.

Van Graan is the son of Bulls CEO Barend van Graan. A Springbok assistant coach under Heyneke Meyer, he is the only surviving member of the coaching ticket which took South Africa to the World Cup semi-finals in 2015, where they seriously extended eventual winners New Zealand. A forwards coach who also worked on the Boks’ attacking game, Meyer attributed much of the credit to South Africa’s transition to a more ambitious brand of rugby to van Graan.

Van Graan’s technical knowledge and work ethic are highly rated by those who have worked with him. He began his coaching career with the Bulls after initially working there as a video analyst. It was in that role he impressed a young Meyer. Meyer always called him his “best appointment yet” and watched as Van Graan evolved from technical advisor to assistant coach to his role in charge of the Boks’ attack and line-out. Along the way, he worked particularly closely with Victor Matfield.

“When I appointed him, nobody knew who he was,” Meyer once admitted. “He never had a name and there were questions about him, and it was a risk I took. But to be honest it was probably the best appointment I’ve ever made. For one, because he came with no baggage, no background and secondly the way he grew in the position.”

“Everywhere that he goes now, he has immense respect from coaches all over the world. That shows me it was the right appointment to make. He has been asked by all our Super Rugby franchises to pitch in and help.”

Van Graan, or “Aap” as his friends like to call him, has no experience as a Director of Rugby or head coach, but is highly regarded within South African playing circles for his detailed analysis and relationship-building with players. Indeed, Meyer attributed Van Graan’s rise to his almost obsessive work ethic, and people skills.

Another South African coach, Dave Wessels – who has been coaching the Western Force and had been recommended by Erasmus – was also on Munster’s shortlist and was interviewed for the job. But despite reports indicating that he would be the new man, The Irish Times has learned that van Graan was also interviewed six weeks ago and that having been identified as the man to succeed Erasmus, has agreed to do so.

Despite reports that Wessels was set to be appointed, the 36-year-old South African has instead taken up a position with Melbourne Rebels.