With new coaches at Ireland, France, Italy and Wales, the winner will be hard to predict 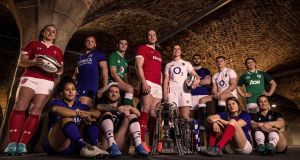 With four new coaches, predicting the winner of this Six Nations is a tricky business. We have very little information on what game plan the new coaches will implement.

I have to admit, there is the strangely liberating feeling that “Warrenball” is gone and “Schmidt happens” can only be found in the bookstores. Conor O’Shea is now getting ready to work for the RFU – Conor, please say it isn’t so – and the troubled term of Jacques Brunel in France is thankfully over.

But all of that may count for nothing as England are red-hot favourites. Their coach, Eddie Jones, is a successful, clever workaholic. However, he can be like the Looney Tunes cartoon character Wile E Coyote. As Wile E pursues the Road Runner – all you millennials go to YouTube – he sets traps for his victim, only to be hoist by his own petard every time.

Before England’s World cup semi-final, Jones wonderfully told the New Zealanders that “pressure was going to get up and chase them down the street like a dog”. A week later, that same wolf-like pressure hunted England down, as they crumbled in the final.

Wile E Coyote and England both have a glittering history of collapsing into an over-confident, crumpled heap

This week Jones said his English team wanted to be “the best team of all time”.

In the shadow of Brexit, tainted with the vain belief that the crumbled Empire will rise up like a phoenix, clutching a cucumber sandwich and a cup of tea in each talon, to reinstate the Raj, the English media lapped this stuff up.

Wile E Coyote and England both have a glittering history of collapsing into an over-confident, crumpled heap when they get all puffed up and believe that they are bulletproof under that white jersey.

As evidence, I place before the court of public opinion the English performances at the World Cup in 2015, their shocking defeat by Scotland at Murrayfield in the 2018 Six Nations, and last year’s World Cup final.

Your honour, I rest my case.

While all this has been great fun to watch, make no mistake: England have a playing group oozing talent, power and experience. Crucially, with Owen Farrell, England have the best outhalf on the planet.

Mind you, it is going to be exceptionally weird watching his dad, as Ireland coach, attempt to neutralise him. A situation straight out of Darth Vader’s parenting handbook.

We can scratch out both Gregor Townsend’s Scotland and Italy under their new coach, Franco Smith. Scotland don’t have a tight five that can provide the platform required to win the title, and Italy do not have the quality backs to manage a game and score enough points.

A serial winner, Galthié has the French team performing differently from day one. They are currently in camp at Nice. This weekend the French players will not play Top 14; instead they have a practice session against a team from the French military.

All of this is new territory for the French. For the first time, the demands of the national team have been placed above the whims of the Top 14 presidents. The monumental fight that Galthié has waged to achieve this should not be underestimated.

France have an exciting crop of young attacking players like Antoine Dupont, Virimi Vakatawa, Thomas Ramos and Romain Ntamack. With the recruitment of Shaun Edwards as their defensive coach, France are taking giant strides forwards.

Like Galthié and unlike Andy Farrell, Pivac is an experienced head coach. North Harbour, Auckland, Fiji and the Scarlets have been the clubs on his pathway to the international stage. He will take charge of the enigmatic Welsh, where the regional teams are in a perpetual state of chaos, but the national team performs extraordinarily well.

Pivac is a no-nonsense former Kiwi copper, who will lead Wales to be a real threat to win this championship.

If anyone suggests they are sure of how Ireland and Andy Farrell will perform, they are speculating

The mirror opposite is happening in Ireland, where the provincial teams are thriving in the midst of a horror year for their national team, and their new mentor is a first-time head coach. An extraordinary situation.

Ireland have a high-quality playing group that have experienced success in recent Six Nations tournaments. What we don’t know is the type of game plan Farrell will pursue on his first day against Scotland.

Farrell has a wealth of experience as a defensive coach and he is respected by his players, but if anyone suggests they are sure of how Ireland and Farrell will perform, they are speculating.

The unknowns for Ireland are numerous. With matches in Paris and London it will be the toughest of starts for the new Irish coach.

The early pivotal games will be round one in Paris, where the Gallic roosters are preparing an ambush for Wile E Coyote.

Then, a week later, the Welsh are in Dublin. This contest will reveal the true value of both Celtic cousins.

Once again the best rugby tournament in the world will deliver drama, rapture, heartbreak and surprise.

1 No further players to be called up to Ireland squad to face Georgia
2 Kevin McStay: Maybe a knockout All-Ireland Championship is the long-term solution?
3 Gerry Thornley: Ireland don’t want to box themselves into a corner
4 Former France and Stade Francais winger Dominici has died aged 48
5 Thomas Galligan and Cavan raring to meet Dublin in Croke Park
Real news has value SUBSCRIBE