Report finds that Hart made close to 1,500 bets on rugby games 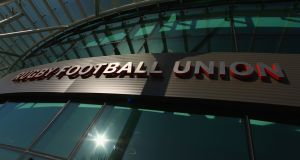 Hart, who works for Stellar Management and represents England stars Maro Itoje and Ben Te’o among others, will be unable to work in the sport until February 2020, having been found guilty of two breaches of betting regulations.

The first charge related to betting on the outcome and/or any aspect of an event and receiving part or all of the proceeds of such betting and the second was for non-cooperation with a request for information from the RFU anti-corruption officer.

In the written judgement of the hearing, it was revealed that between January 2013 and July 2016 Hart placed 1,476 bets on the Bet365 account registered in his name and that he received the proceeds – or parts of the proceeds – of the successful bets.

According to the document, there was no suggestion that “any betting was inspired by any particular piece of ‘inside information’” and nor was there “any suggestion of match or outcome manipulation”.

Hart’s defence was based on the claim that he was placing the bets on behalf of his father, a point rejected by the panel after it found that Hart had received some of the withdrawals.

“This decision unequivocally demonstrates that any activity which undermines the integrity of our sport, and exposes players and rugby to potential integrity issues, will be treated seriously,” RFU anti-corruption officer Alys Lewis said.

“The sums of money involved and the frequency and duration of the betting, coupled with the lack of cooperation with the RFU’s investigation, have all contributed to a substantial suspension from rugby union which is welcomed by the RFU.”