Broken neck to captaincy: Sam Cane to lead All Blacks in new era 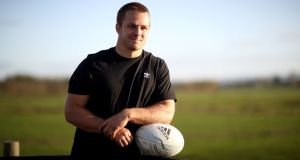 A bull neck and surfeit of courage come in handy in rugby, and Sam Cane has relied heavily on both to overcome a horrifying injury and become the man to lead the All Blacks into a new era.

The 28-year-old openside flanker was named Kieran Read’s successor as New Zealand captain on Tuesday, less than two years after breaking his neck in a 32-30 win over South Africa in Pretoria.

The collision with Springboks loose forward Francois Louw left Cane in considerable pain, yet few would have known it as he walked from the field at Loftus Versfeld.

Following surgery a few days later, Cane remarked that his sturdy neck had not only saved his rugby career but may also have kept him out of a wheelchair.

“I may not be standing without it,” he said. While Cane worried he might never return to the playing field he had few fears about plunging back into the thick of the action once given the all-clear a year ago.

He reclaimed the All Blacks number seven jersey and duly joined in their unsuccessful World Cup hat-trick bid in Japan.

The semi-final elimination at the hands of England was a bitter pill to swallow for rugby-mad New Zealand after more than a decade of world domination.

The All Blacks’ ability to regenerate under Steve Hansen’s successor and former assistant Ian Foster will be under scrutiny from fans spoiled on success.

Foster is convinced he has the right man to lead the playing group into the new era, even if “gut feel” played a part in Cane beating out veteran lock Sam Whitelock for the job.

“He’s ready for it, he’s had some great mentors in this All Blacks group over the last eight years and he’s a good learner,” Foster told reporters on Wednesday.

Cane can also keep a secret, with Foster having tapped him as captain in February before the outbreak of the new coronavirus triggered a global shutdown of sport.

The plan was to announce the 68-test flanker’s appointment a few weeks into the Super Rugby season but the competition was halted in March.

Covid-19 infection rates have plunged in New Zealand, raising hopes that rugby might return soon, and even tests with neighbouring Australia if circumstances allow.

Foster said having Cane confirmed as leader would help the team be ready to play their best at short order. Much like predecessor Read, plainspoken Cane is a ruthless force on the field but quite amiable off it.

After knocking out Ireland centre Robbie Henshaw in a bone-jarring tackle in Dublin in 2016, Cane sought out his phone number and texted him the next day to see how he was recovering.

Cane, who grew up on his parents’ deer farm in the Rotorua District, said being named skipper was unlikely to change him.

“I think it certainly helps being a small country boy deep down,” Cane told reporters on Wednesday. “I’d like to think I got selected for this role because of the person I am - and because of that I don’t really want to change.