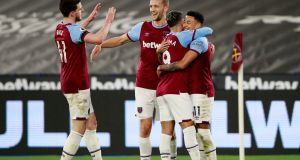 When Ireland take to the pitch at Murrayfield on Sunday it will be ion the knowledge that a loss would leave them staring at a fifth place finish for the first time since 2013 and a likely place below Scotland for just the second time in 21 editions of the Six Nations. In his column this morning Gerry Thornley writes that the home side will be very confident of inflicting both of those things on Ireland with some generational talents in Gregor Townsend’s side capable of tipping the balance of this rivalry. One man who has risen up the Irish pecking order and could feature on Sunday is Jamison Gibson-Park. The Kiwi has been impressive in a green jersey since making his Test debut and yesterday his coach at Leinster, Stuart Lancaster, was full of praise for him. Elsewhere, writing this morning Owen Doyle says the new laws on show in Australia could turn rugby union into a much closer representation of rugby league. “In Australia, union is far down the pecking order in popularity, and is having a very hard time competing with other sports. As a result, proposals are put forward aimed at solving their problems, but these actually tear at the very fabric of the game,” he writes.

Moving to soccer and West Ham’s Champions League hopes took another positive turn last night as they saw off Leeds United to move within two points of Chelsea in fourth place with a game in hand. Jesse Lingard and Craig Dawson did the damage for the Hammers but afterwards David Moyes said that, such is the level of performance lately, that his team was “very disappointed” with how they’d played. Earlier on in the evening Chelsea did their part to hold on to that fourth place for now with a 2-0 win at home to Everton. Meanwhile, Emmet Malone has been speaking to Jack Byrne about his experience so far of playing in Cyprus where the Dubliner says the attitude to the game is all so different to this part of the world. The aim is to “try to get as many Jack Byrnes in as you can. It’s technical football, they want to play, get the ball down and play. Maybe that’s why they wanted to make the change with Mick, they want to play and knock the ball around; they take risks.”

7 Q&A: Exactly what restrictions are being lifted from today?

9 Vaccines are scarce resources whose use we must adapt efficiently

11 Pandemic relocation: The couple who abandoned Dublin for home in Co Mayo

15 Hideki Matsuyama holds on to make Masters history for Japan

18 Philip Boucher-Hayes trips over his own intellect

19 Vaccination and modified behaviour point us back towards normality

23 Aidan Turner: ‘That photograph. Yeah. It took away from the work’

24 The extraordinary and turbulent early life of Prince Philip

25 No Irish howlers, but Prince Philip’s body language with McGuinness told a story

29 David McWilliams: A female-led economy is coming – and it will be better

32 Ireland’s Generation Rent: ‘After 12 years renting, I’d like my own front door’

33 Harry and Meghan: The union of two great houses, the Windsors and the Celebrities, is complete

36 How to build a modern man: Helping boys to grow up happy

39 Michael J Fox: ‘In the wheelchair, I’m luggage. No one listens to luggage’