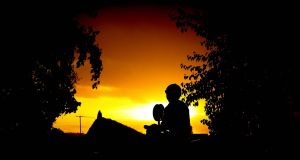 A general view as racing draws to a close during the Down Royal Festival in 2016. Photo: Kevin Scott/Inpho

Champion trainer Willie Mullins believes statements made by the owners of Down Royal indicating they will continue to run the racecourse as a going concern are encouraging for all of Irish racing.

The future of the historic track was thrown into some doubt last week when the group managing it confirmed they will no longer be in charge when their lease runs out on January 1st.

The Down Royal Corporation of Horse Breeders initially announced in a statement they were preparing for the track to close and were looking at alternative sites to build a new racecourse.

However Down Royal’s owners, the Dublin based Merrion Property Group, quickly responded by insisting they are committed to maintaining the 300 acre site as a racecourse.

Details relating to the dozen fixtures allocated to Down Royal in 2019, and issues such as prizemoney, are likely to figure prominently in that meeting.

The Merrion Group bought Down Royal, which includes an infield golf course, for just over £6m in 2005.

They maintained a 35-year lease to the DRCHB which had begun in 1984. But failure to agree a new lease after protracted negotiations means new management will take over in 2019.

Speculation about the track being used for development led to local DUP politicians recently outlining objections to any plans for housing or other non-commercial purposes at Down Royal.

HRI’s chief executive Brian Kavanagh said at the weekend he couldn’t be confident or unconfident about racing going ahead there in 2019 until he met with the Merrion Group later this week.

However he pointed out that at all times the owners had said they are committed to racing and that discussions were likely to focus on the details of “transitioning.”

Champion jumps trainer Willie Mullins said on Monday he is encouraged by the Merrion Group’s willingness to take on the management of Down Royal.

“I hope it’s going to very good. They’re a huge new group coming into Irish racing. They want to run a profitable racetrack and run it as a going concern.

“I think it’s huge that for the first time in a long time a group has come along saying they want to invest in an Irish racetrack,” he said.

Mullins, who won the first running of the Grade One JNwine Champion Chase in 1999 with Florida Pearl, pointed to Newbury as an example of how racing can continue to take place alongside commercial development.

“Newbury has sold a huge amount of land to build on and you never hear anything about it. They made huge profit out of it that suits racing, it suits the race company, and suits everybody,” he said.

Mullins paid tribute to the existing management team at Down Royal and pointed to the development of next week’s JNwine Champion Chase fixture as just one example of the improvements made there.

“Jim Nicholson (DrCHB chairman) and Mike Todd (Down Royal General Manager) have done a fantastic job and they will be a hard act to follow,” he said.

“I think these guys bring a fresh way of running a racecourse to Irish racing. Race tracks in England change hands all the time.

“I think we should wait and see and listen more before we criticise. I’d like to hear what their proposals are,” he added.

In racing news Mullins indicated Max Dynamite could take his chance in this Sunday’s Group one Prix Royal Oak at Chantilly.

Thomas Hobson, runner up to Stradivarius at Ascot on Saturday, also holds an entry in the French version of the St Leger.

However Mullins said: “I doubt he will go. He ran a cracker in Ascot and Oisin (Murphy) gave him a great ride. But I don’t think he’ll go to France. Max Dynamite does have a chance of going.”