Shanning could get her own back in Galway Hurdle 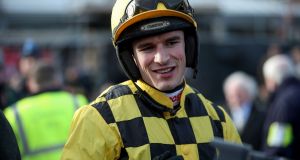 The sight of cross-channel racing traffic on Thursday points to some sort of welcome normality in abnormal times.

That a handful of Irish trained runners are turning up for Goodwood’s big races is not unusual: but the pair of English-trained horses set to line up for the Guinness Galway Hurdle almost feels reassuring in the current climate.

Both Olly Murphy’s Hunters Call and the Dan Skelton-trained Fair Mountain will take their chances in Thursday evening’s Ballybrit feature despite complicated travel arrangements due to coronavirus restrictions.

The €200,000 pot has been reduced but is still a notably valuable summer prize with the visitors towards the bottom of a handicap topped by a trio of Grade One winners as well as last year’s hero, Tudor City.

It is a decade since Overturn won the Galway Hurdle for Donald McCain and prior to him both Sagaman (1991) and Rushmoor (1986) took the prize back across the Irish Sea.

Ranged against these latest raiders will be the full force of a home team headed by five runners from Willie Mullins with Gordon Elliott also represented by a pair of fancied horses.

Elliott is chasing a first win in a race that has proved frustratingly elusive to him over the last decade.

Gigginstown’s Felix Desjy warmed up with a winning spin on the flat earlier this month while Aramax was one of JP McManus’s Cheltenham festival winners in March.

Aramax is the sole four year old in the 20-runner field and it is 20 years since a four-year-old emerged on top in one of the most fiercely competitive races of the year.

It will be a major test of a relatively inexperienced horse but a mark of 142 and first-time cheek-pieces will make Aramax an attractive proposition for many.

Aramon is top-rated of the Mullins runners although champion jockey Paul Townend has opted to side with the mare Buildmeupbuttercup.

It leaves Danny Mullins to team up with Shanning who could be a value to get her own back on the race.

Shanning was joint-favourite for this a year ago but ruined her chance when she dwelt at the start.

That was when Shanning carried the colours of Supreme Racing, the controversial syndicate which was barred from owning horses here last winter by Horse Racing Ireland amid allegations including over-selling of shares in horses.

Both she and Aramon, who also raced for Supreme, now run under different syndicates.

What’s also the same in Shanning’s case is her handicap mark of 136, hardly surprising since she hasn’t run in a year.

That shouldn’t be an issue for a lightly raced mare who is having just her tenth career start and is already a course winner.

Robbie Power, the winner on Tudor City last year, is on Wonder Laish for Charles Byrnes in the big race this time.

However he will carry the Tudor City colours in the preceding handicap hurdle on Acclamatio while Tune The Chello looks another good mount for the rider in the three-mile handicap.

Donnacha O’Brien has already had a classic winner in his first season training and Fancy Blue will try to make his first runner in Britain a Group One success in Thursday’s Goodwood feature.

O’Brien, who turned 22 last week, sends his French Oaks heroine to the Nassau Stakes where she will be ridden by Ryan Moore for the first time.

It leaves Frankie Dettori to team up with the Ballydoyle star Magic Wand while Jessica Harrington has engaged Tom Marquand for One Voice.

“I won’t be going over but hopefully by that stage my job will be done and it won’t make too much difference whether I’m there or not.

“It’s not ideal (starting training shortly before the global pandemic) but I was going to have a new routine anyway so it was going to be different for me regardless,” O’Brien said.