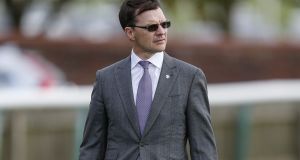 Aidan O’Brien’s attempt to break Bobby Frankel’s world record for Group One victories in a calendar year is likely to prove a dominant theme for Saturday’s ‘British Champions Day’ where Ireland’s champion trainer will hope the four top-flight races offer him a change of fortune.

The QIPCO Champion Stakes in particular has proved notably elusive to O’Brien over the years but he has ample potential to try and break his duck having left eight horses among the 17-strong entry at Monday’s five-day stage.

They include both Highland Reel and the dual-Guineas winner Churchill who also holds an entry in the Queen Elizabeth II Stakes. That race has been much more productive to O’Brien over the years with Minding last season providing him with a fourth success in the mile highlight.

However Ascot’s other two top-flight prizes, Champions Sprint and the Champions Filly & Mare, have also escaped the Ballydoyle trainer so far although admittedly they have only been Group Ones since 2014 and 2013 respectively.

Caravaggio appears on course for another clash with Godolphin’s Harry Angel in the Sprint while Seventh Heaven is among the Ballydoyle options alongside Rhododendron and Hydrangea for the Filly & Mares. One notable absentee from the 21-strong O’Brien entries for Saturday’s Group Ones is the double-classic winner, Winter.

Godolphin look set to provide the favourites for both the Sprint and the QEII where Ribchester will attempt to go one better than his second to Minding a year ago.

And another of O’Brien’s principal rivals, John Gosden, is in line to saddle both the Champion Stakes favourite Cracksman and Journey who is favoured to repeat her 2016 success in the Filly & Mare.

Cracksman is dropping back to a mile and a quarter after winning the Prix Niel on his last start but Gosden doesn’t expect that to be a problem.

“We are coming back in distance and are taking on older horses, which is something he hasn’t done before. He’s been running with the three-year-olds only, in two Derbys, and the big Group Twos at York and Chantilly,” he said.

“He’s won over a mile and a quarter and is bred to be more of a miler. I think he’s got the pace for it,” he added.

Ground conditions could turn soft at Ascot by Saturday with an unsettled weather outlook but Ribchester’s trainer Richard Fahey isn’t concerned about that for his star miler.

“He tends to go on any ground. When he got beaten at Goodwood I’m not blaming the [heavy] ground, I’m blaming the conditions,” he said.

“It was blowing a gale and pouring down with the rain. It was a horrible day. If you’ve ever run yourself in rain and wind, it’s not comfortable and it just caught him out but he’s bounced back and won a Group One in France since so we are very happy and comfortable with him,” Fahey added.

One favourite O’Brien can anticipate on Saturday is Order Of St George who is a general 6-4 favourite for the Long Distance Cup. Unfortunately it won’t count in world-record terms being a Group Two contest.

1 A kick in the teeth for sports, and a nail in the coffin for communities
2 What next for green jersey hero Sam Bennett after toughest of Tours?
3 Awarding of 2023 Rugby World Cup to France part of Laporte investigation
4 Trump in the rough over playing golf and US Covid-19 fatalities
5 Saracens’ Michael Rhodes cleared of headbutting Leinster’s Robbie Henshaw
Real news has value SUBSCRIBE