HRI seeking return of €539k from security firm in liquidation 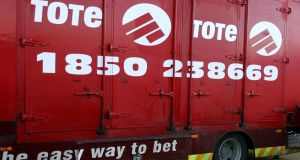 Horse Racing Ireland (HRI) has confirmed the appointment of a new security firm to transport cash from racecourses after the company that used to provide that service went into liquidation.

Last month a provisional liquidator was appointed in the case of Business Mobile Security Services, the holding company of Senaca.

Among dozens of creditors is racing’s ruling body, HRI, which employed Senaca to transport Tote takings from all tracks in the country.

HRI also used the company to transport gate receipts and cash takings from its own tracks; in this case, Leopardstown, Fairyhouse and Tipperary.

Solicitors representing the semi-state body have written to the liquidator seeking the return of €539,000.

It is understood a handful of other racecourses not owned by HRI, and some bookmakers, are also among the list of creditors with an estimated potential exposure for racing overall of almost €750,000.

On Monday HRI’s chief executive Brian Kavanagh said the G4S security firm has taken over the task of moving cash from racecourses. He also outlined some details about the issue.

“The €539,000 relates to Tote takings at all tracks and gate receipts and cash takings at tracks that we own,” he said.

“What’s owed to us, effectively, are the Tote takings for a period when they stopped lodging it to the bank and when they went into liquidation, and the cash takings for race-meetings at Leopardstown, Tipperary and Fairyhouse.

“I think you’re talking about roughly a two- to three-week period before it went into liquidation.

“On top of that I know there are sums owed to other racecourses which would be their gate receipts and possibly catering money. I know there’s also a sum owned to certain bookmakers. I know Ladbrokes are one of them,” Kavanagh added.

Tote Ireland is wholly owned by HRI and operates a Totalisator operation on the 26 racecourses in Ireland.

“We’ve been advised the company [Senaca] has gone into liquidation and we’re engaging with the liquidator with a view to recovering the amounts due to us.

“That’s an on-going process. It is before the High Court at the moment because some technical interpretation is needed,” Kavanagh said.

In other news, Aidan O’Brien will try and rejuvenate his Group One campaign when both Japan and Circus Maximus take on the hot favourite Crystal Ocean in Wednesday’s Juddmonte International at York.

O’Brien has won the prestigious race five times before, initially with Giants Causeway 19 years ago. He was followed by Duke Of Marmalade (2008,) Rip Van Winkle (2010,) Declaration Of War (2013) and Australia a year later.

The opening day Ebor festival highlight is the first of four Group One races this week and victory in any of them will take O’Brien to 10 top-flight wins so far in 2019.

However, it is over a month since the champion trainer was last successful at the top level. Japan’s Grand Prix de Paris success on July 14th came a day after Ten Sovereigns landed the July Cup in spectacular style.

Ten Sovereigns is a general 7-4 favourite for his eagerly awaited clash with Battaash in Friday’s Nunthorpe Stakes while Magical appears set to take on her old rival Enable again in Thursday’s Yorkshire Oaks. Final declarations for that race will take place on Tuesday.

Ballydoyle supporters though will hope for a resurgence in winning form for Europe’s dominant stable which has had just a couple of winners from almost 50 runners in the last fortnight in Ireland, France and USA.

He is a full brother to the 2013 Champion Bumper winner Briar Hill, although Dakota Beat’s experience from Roscommon last month makes him an interesting opponent.

1 Billy Morton’s Santry Stadium a beacon for sporting endeavour
2 Séamus Power rockets into share of clubhouse lead in Detroit
3 Welcome to Iten in Kenya – home of champions and cheats
4 Red Bull poised to protest over Mercedes’ new steering system
5 Monica Seles: The warrior queen who could have been the best ever
Real news has value SUBSCRIBE