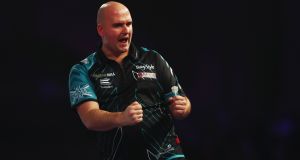 On a good day, the drive from Hastings to Norwich takes around three and half hours. It is approximately 170 miles, most of which is spent on either the A11 or A12. It’s a route that has gone into darts folklore; the journey that turned Rob Cross from pub player to world champion in less than two years.

Cross’s awesome destruction of Phil Taylor in the PDC World Championship final can be traced back to that trip in the early hours of Saturday February 20th, 2016. He worked as an electrician and played darts occasionally, having given it up for three years in his early 20s to look after his family. He failed to qualify for the 2016 BDO World Championship but decided to try the UK Open, described as the FA Cup of darts because of its accessibility to the everyman.

A series of qualifiers took place at Rileys bars across the country in January and February 2016. Cross failed at South Benfleet, and was reluctant to schlep to Norwich for the last qualifier the following weekend when his uncle Robert dragged him out of bed. It was, as Cross puts it in his modest way, “sort of life changing”.

Cross won in Norwich and reached the last 32 of the UK Open before making a fine impression in a 9-5 defeat by the world No 1, Michael van Gerwen. Cross’s performances that weekend – and a lack of nerves that pleasantly surprised him – convinced him to scale back the day job and go on the PDC Unicorn Challenge Tour.

He finished top of the Order of Merit, which gave him an automatic two-year tour card for 2017 and 2018. After watching last year’s World Championship final between Van Gerwen and Gary Anderson on TV, Cross played his first match as a professional on February 3rd, earning £250 at a UK Open qualifier in Wigan.

Since then, Cross has been the revelation who keeps on revealing. At first he impressed in the floor tournaments, winning four Players Championship events between March and October. He also thumped Van Gerwen 6-2 in the quarter-final of the European Darts Open; only a floor tournament and a short-form game, but a significant rite of passage for any emerging darts player. In October and November he started to make a big impression on TV: he reached a final, a semi-final and two quarter-finals, only to keep running into Van Gerwen.

Although he earned over £200,000 before the World Championship, the fact that the Order of Merit is calculated over a two-year period meant Cross came into the tournament as the 20th seed – although he was fifth-favourite with most bookmakers.

Cross’s victory would be astonishing in isolation, given the nature of a rise we are almost obliged to describe as meteoric. But the manner of his victory, coupled with the context, makes it a story for the ages. He was involved in three matches that were at worst classics and at best epics. He beat Michael Smith 4-3 in the last 32, Dimitri van den Bergh 5-4 in the quarter-finals and then the reigning champion Van Gerwen 6-5 in probably the greatest match ever played at Alexandra Palace.

He survived match darts against Smith and Van Gerwen, but on both occasions he was close enough to take advantage. Then he raised his game to unprecedented levels to ruthlessly gatecrash Taylor’s farewell party. Those who had watched Cross all year knew had the capacity to win the tournament, even in his debut year. But nobody expected him to do that to Taylor.

Cross paid Taylor the backhanded tribute of thrashing him at his own game. He puts relentless pressure on opponents through consistent scoring, times his big finishes for maximum psychological damage and is nerveless on doubles. Cross is clearly affected by extreme pressure: it makes him play even better. In the semi-final and final he timed his biggest finishes to win sets, never mind legs. Or, in the case of his 140 finish on Monday night, to win the entire tournament.

Taylor has spent a whole career setting up camp inside opponents’ heads, but Cross repelled his aura and ignored his attempts at gamesmanship. If Cross’s mental strength is his most impressive asset, his natural talent isn’t far behind. He hit 66 180s in the tournament, 16 more than anyone else, and has a highlights reel of huge finishes.

Even when he is not playing at that level, he has an endless well of self-belief that allows him to stay in games. At times in his matches against Smith and Van den Bergh he was pummelled by some brilliant darts, yet he maintained a level of performance that allowed him to strike in the final set when the pressure was as its greatest. Cross’s game doesn’t have ups and downs; it has ups and middles. His only weakness is his walk-on song, Feeling Hot Hot Hot by the Merrymen.

It is likely he will get even better, as he gains more experience and enjoys the empowerment of success. With Taylor retiring and a number of the biggest names approaching or in their 50s, Cross and Van Gerwen, both in their late 20s, may provide the enduring rivalry the sport craves. If 2017 is a guide, it will be one based on enormous, endearing mutual respect.

Cross’s serene reaction to victory over Taylor, when he looked like a man waiting for something to sink in, reinforced the sense that this was not a one-off. He is now No 3 in the world, having earned £611,250 since turning pro. Internet scams don’t offer that much for a year’s work, never mind electrician’s jobs. It’s quite a reward for one reluctant journey to Norwich. – Guardian service