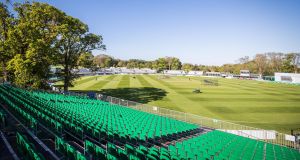 The six-match series will see sides play each other twice, with free entry to all games. Starting on Sunday, September 15th with Ireland taking on the Netherlands, the games will start each day at 1.30pm, with Ireland in also action on the Tuesday, Wednesday and Friday.

The series comes about after the cancellation of the initial Euro T20 Slam, which was to involve franchise-based teams from the three countries, leaving players short of competitive T20 action ahead of the Word T20 Qualifier in October.

“It is no secret that one of the principal rationales for the establishment of the Euro T20 Slam was to make us a stronger nation in the T20 format that we’ll be playing so much of in years to come,” said Cricket Ireland chief executive Warren Deutrom.

“Therefore, the postponement of the Slam and the opportunity for our players to mix with the world’s best not only put that on hold for another year, it robbed us of the chance to prepare properly for the T20 World Cup Qualifier in October and put ourselves back on the world stage in Australia next year.

“So, it goes without saying that we are delighted to host this T20 International series – so that each of the participating nations heading to the qualifier can get some competitive T20s under the belt.

“As both a goodwill gesture and a demonstration of their commitment to the Slam starting next year, the organisers of the Slam have agreed to support the operations of this new series.”