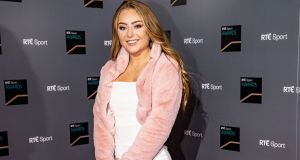 Irish cycling is celebrating its first medal at a junior track world championships, with Lara Gillespie taking bronze in the individual pursuit in Frankfurt on Saturday.

Gillespie clocked up a new national junior record during qualification, netting the third fastest time with two minutes 20.438 seconds, and then went up against the Russian competitor Marii Milaeva in the ride-off for bronze.

Although Milaeva was almost half a second clear halfway through the contest, Gillespie put in a stronger finale and beat her to land bronze.

“I’m so happy, I can’t believe it,” she said. “The last few laps were pretty hard. They were pretty brutal but I worked so hard for this all year so I’m really happy.”

Gillespie’s talent was underlined two years ago when she took a silver medal in the European Youth Olympic time-trial.

Last year she won the junior European points race and took silver in the individual pursuit. This season, she nabbed silver medals in the scratch race, individual pursuit and points race in the Europeans. Her latest result continues that momentum, and suggests a very bright future is in store.

Meanwhile in Belgium, Sam Bennett ended the seven-day BinckBank Tour on Sunday as the clear winner of the points classification. The Carrick-on-Suir rider won the first three stages in the WorldTour event, and was also second on Friday’s fifth stage.

The race is his final warm-up prior to starting the Vuelta a España next Saturday. Bennett is making his debut in the race, and is clearly in fine form.