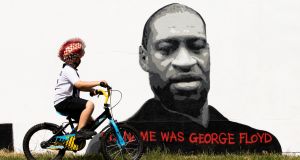 By now we were three days in and already dying for the bloody thing to end. Anyone who started their Leaving Cert this first week of June in 1990 will have their own sense and experience of what it was really about, and for most of us in De La Salle Churchtown it was more or less the same.

There were some who genuinely wanted and tried hard to do well. Others who couldn’t care less and already had something lined up for the summer. Only what brought us all together was the need to get it finished with so we could properly enjoy Italia 90.

It wasn’t every summer the Republic of Ireland qualified for the World Cup. Actually this was the first one, and nothing about higher level English or lower level maths would be enough of a distraction. It didn’t help when our opening game against England fell on the first Monday in, and even with the evening kick-off we couldn’t clear out of geography paper two quick enough.

By the time of the second round shoot-out against Romania, two weeks later, most of the class had already split, and those of us who had stuck around for the old wild-card entry known as the Matric soon followed. These may have been the exams to define our lives and secure our future but Ireland were playing Italy in Rome and suddenly nothing else mattered.

Truth is I already had my ticket out of Churchtown, by then safely accepted into Brown University in Providence, Rhode Island. As an Ivy League college it didn’t offer athletics scholarships per se, so they dressed them up as financial aid, based on the needs of the student and/or the recruiting coach, and all in the best interest of maintaining the intellectual depth and social diversity which had become sort of hallmarks of Brown, founded in 1764, the seventh oldest college in America.

Knowing nothing about Providence other than it sounded divine, and quickly discovering Rhode Island wasn’t in fact an island, Brown was a very different scene to De La Salle, where all we’d known were the same faces and same names, same sex and same sexuality, and where the only black person we ever saw was the Head Brother.

Here was a college that every year admits students from all 50 States and around 70 countries, across all continents, and yet for all the intellectual depth and opportunity, nowhere was that diversity – social and racial – more evident and inclusive than within the track and field team itself. It wasn’t just that the head coaching team of husband and wife Bob and Anne Rothenburg treated us all like the one family: the deep and meaningful interaction – African-American, Hispanic, Asian – became a proper education in itself, as much as any running, jumping or throwing, and don’t just take my word for it.

It was no Villanova in terms of the Irish tradition, but the links are strong nonetheless, beginning in 1975 when Colm Cronin, Ireland’s outstanding schoolboy athlete at the time, his 6ft 6in 15-stone frame winning him several underage titles for North Monastery and his club Leevale, turned down offers from Michigan, UCLA, and Texas-El Paso to attend Brown.

Cronin won an Ivy League triple jump title in his freshman year, before hitting his peak as a junior. After setting an Irish outdoor record of 15.89m in Copenhagen, in 1977, he returned to Brown with an eye on the 1978 NCAA Indoor Championships, set for Detroit, where he hopped, skipped and jumped 16.27m, good enough for third, which still stands as the Irish record 42 years later.

In the summer of 1986 Fergal Mullen transferred from DIT to Brown, beginning the distance running links that continued with several Irish junior champions including Fergal O’Gorman, Donal O’Sullivan and Sonya Coleman from Dublin and Neville Davey from Mayo. Two years ahead of me and by far the most successful of our lot was Susan Smith from Waterford, who went on to run for Ireland in both the Atlanta Olympics in 1996 and Sydney in 2000, and whose Irish 400m hurdles record of 54.31 seconds also still stands.

In February of 1992, at the Ivy League indoor championships in Dartmouth College in Hanover, New Hampshire, Smith earned herself a women’s MVP after winning the 55m dash and hurdles, finishing second in the 200m behind team-mate Kimani Paul-Emile, and anchoring the 4x400m relay – another Irish athlete on board that year, sprint hurdler Elaine Murphy from Nenagh, also helping the Brown women’s team secure a first title in their then 40 years of competing.

About two months after that we sat in our dorm rooms and watched Los Angeles slowly and then suddenly burn, after four city police officers, three of them white, were acquitted of the savage beating of Rodney King, at the same time thinking this couldn’t be the America we knew, could it?

Last week, four days after the killing of George Floyd by police officers in Minneapolis, Brown University announced it was effectively cutting its men’s track and field programme, including men’s cross-country, reducing it from varsity to club status, under a new excellence in athletics initiative that would ensure “diversity and inclusion” and “gender equity”, while at the same time promoting women’s sailing and co-ed sailing to varsity status.

Part of their reasoning behind this decision, which came without consultation or warning, including to those already committed to the college for this coming term, was the need to satisfy Title IX, the federal law which requires equal gender opportunity, even though anyone who has ever competed in track and field in college in America will know the men’s and women’s teams are in most cases one and inseparable.

A petition to retain the varsity status of the men’s team has some 43,000 signatures already, citing men’s track and field as the third most racially diverse sport in the Ivy League (13 per cent African-American), after basketball (19 per cent) and football (31 per cent), while maintaining the lowest participation costs of any team, and the lowest financial barrier to entry of any sport in America.

In a letter to Brown University president Christina Paxson, 2001 American indoor 800m champion Trinity Gray wrote: “As an African American alumni of the Brown University men’s track and field programs, it is vital for me to let you know that cutting the men’s track and field programs is an example of the institutionalised racism that people are rallying against across the country.”

Which more or less says it all: even if the Irish presence was only ever a small part of that diversity and inclusion it would be sad to see it all go to waste.