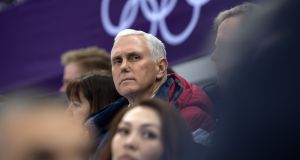 It is, perhaps, a question as old as athletic competition itself: who is sport’s worst spectator? Of all the absolute arses, watching all the sports in all the world, who is the most unspeakably irksome, the most antithetical to everything you thought you knew about the power and possibilities of physical contest? Whose name is Death, Destroyer of Sports? Who is Earth’s foremost sporticidal maniac?

I could have sworn I sat next to him at Stamford Bridge once. Yet a friend insists the entity takes female form, and attends the same junior netball games as her every week, destroying not just her own kids’ confidence, but the hope and spirit of everyone condemned to share a postcode with her. Others maintain it is a creature who has stalked history, never actually dying, but merely disappearing through a haunted turnstile, only to reapparate weeks or even centuries later at your local derby.

While many of these are interesting theories, none of them is the definitive answer. And that is that right now – in this time, and this dimension – the worst sporting spectator on earth is Mike Pence. Who says vice-presidents never come first? Not Mrs Pence, I imagine. Not only is Mike the sole compelling argument against the impeachment of Donald Trump, but he has emerged as the planet’s most malevolently anti-sport operative, whose mere presence in the stands reminds the athletes that it couldn’t be less about them. Mike Pence has zero reservations about killing sport – in fact, he’d be happy to pull the trigger himself in the name of God and country. Or his versions thereof.

Pence first announced himself to the world in this capacity with that staged trip to the Colts-49ers game in Indianapolis back in October, where he stood for the national anthem in full knowledge that some players would kneel in protest at racial injustice. Immediately thereafter, Pence walked out of the stadium, tweeting: “I left today’s Colts game because @POTUS and I will not dignify any event that disrespects our soldiers, our Flag, or our National Anthem.” Sure, sure. You were also always scheduled to take off from Indianapolis before the game ended in order to attend a political fundraiser in LA. Either way, the entire exercise was estimated to cost the US taxpayer almost $250,000. That episode, though, now feels like the warm-up to scenes which took place last week.

To Pyeongchang, then. And who’s this at the Winter Olympics opening ceremony, effectively taking a knee by refusing to stand when the unified North and South Korea team came joyfully into the stadium for the athletes’ parade, offending both these innocent sets of competitors and his South Korean government hosts, and doing jack shit for the urgent cause of peaceful diplomacy on the peninsula? Can it really be Mike Pence, international man of misery? But of course it can!

Did he bring as his guest the poor father of Otto Warmbier, the student imprisoned and brutalised in North Korea, before being released while comatose last year and dying in the US six days later? Yes. Yes he did. Pence’s haunting of the stadium certainly caused various US athletes to recoil, several of them denouncing him for his record on LGBT rights. And also maybe because they’d heard Mike’s a sporting dementor who could suck an athlete’s soul clean out during the cursory handshake and small talk about mountains being very literally God’s cathedral.

One history professor described the vice-president’s deportment for the entire Olympic visit as “a new low in a bullying type of American diplomacy”. What a great slogan to spray on the side of Air Force Two. That, or an anamorphic skull next to the legend ET IN SPORTING ARCADIA EGO. If athletic excellence can feel Promethean, you should picture Mike flying in like a great Caucasian eagle to peck the winners’ livers out.

Needless to say, he is supported in his idiosyncratic version of patriotism by Fox News, inarguably the Trump administration’s state broadcaster. If the other networks are covering a breaking story unfavourable to the regime, Fox News can always be found leading their bulletins with some elaborately irrelevant piece of Hillary Clinton arcana.

In fact, while Mike was taking heat in advance of his trip to South Korea, Fox News’s executive editor and executive vice-president was writing a blog railing against the diversity of Team USA. “It appears the US Olympic Committee would like to change [the Olympic motto] to ‘Darker, Gayer, Different’,” wrote John Moody, poorly. “If your goal is to win medals, that won’t work.”

Oh dear. Let’s hope no one uses these Games to defect from the US to a freer society. As for how Pence might affect the sporting annals, scientists believe his presence at your event is a two-medal-category handicap. Even those fated to endure rounds of golf with the veep report balls simply combusting, or perhaps passing through to alternative dimensions to inflict head trauma on athletically promising youngsters.

It is unclear in which sporting arena Mike Pence will appear spectrally next, but all athletes should add him to their bestiaries without delay, in the knowledge that there is no true antonym to the word “sport”. There is simply a picture of Mike Pence, wearing an expression that says: “I will crush your spirit harder than my daddy did mine when I didn’t make states in high-school wrestling.”