The team is a living artefact to their captain’s vision, electric personality and sheer talent 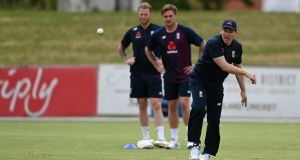 A quick quiz question: without looking it up, what do you remember about Eoin Morgan’s contribution to the 2019 World Cup final? The more retentive of you will recall his scratchy innings of nine from 22 balls. Perhaps you remember his quirky dismissal, caught brilliantly at deep point to leave England 86 for four. For a good many of you, I’ll wager, the answer is almost nothing at all.

In fact, Morgan’s role in that final was one pieced together largely in retrospect. The soft-focus images of Morgan holding the trophy aloft against a backdrop of flames. The memorable press conference in which he attributed England’s triumph to their diversity and claimed Allah had been with them. The numerous end-of-year retrospectives and pandemic-inspired nostalgia features in which Morgan, as captain, was naturally the most sought-after guest.

And so, over the months, we started to see England’s triumph through new eyes: as the inevitable culmination of a bold four-year project, a triumph of nerve and will under pressure rather than, say, a lucky bat deflection. Before long, England’s triumph began to feel like Morgan’s triumph, in a way it does not seem to belong to, say, Chris Woakes or Liam Plunkett or Jonny Bairstow.

Listen to those who have worked closely with Morgan and something more seems to reveal itself: a fierce loyalty that occasionally verges on pure veneration

To an extent this has always been Morgan’s gift as a leader: the ability to be there without being there, to exert his influence not by command or deed but simply by presence, to attract the gaze and blur it in the same fluid movement. There was a telling moment during one of Sky’s lockdown vodcasts when Morgan explained how, when one of his bowlers has a big over coming up, he likes to stand next to him at the end of his run-up. Not speaking, or barking orders. Just being. Transmitting calmness, reassurance, Morgan-ness.

There is a word to describe all this but it feels silly to use it. Suffice it to say that who among us – at some point in our lives – has not felt the comforting hand of Morgan on our shoulder? Perhaps he was there at a moment of great trauma or personal loss. Perhaps when you had a big decision to make in your life, his teachings revealed themselves to you. “Back yourself. Be authentic. Winning cultures stem from winning behaviours.”

Again, this is all talent. Not the talent that helps you swat sixes at will in the Indian Premier League or set Twenty20 fields under pressure, but the personal magnetism that pulls people towards you, that moulds a room in your image, that can impose your vision on an entire sport. Sixteen months on from that Lord’s final, as England and their frankly ridiculous array of batting talent prepare to do battle in South Africa, Morgan stands as perhaps the most powerful force in English cricket: its sitting monarch, its sage and its guru and, occasionally, even its moral centre.

On the field, Morgan has been reborn: eliminating his slow starts, paring down the frills to his game, reinventing himself as a reliable, brutal bottom-hand bludgeoner. Off it, he seems to have been anointed a sort of professor emeritus, an expert on everything from team culture to racial diversity to mental health. His players, frankly, can’t get enough of him.

Listen to those who have worked closely with Morgan and something more seems to reveal itself: a fierce and devoted loyalty that occasionally verges on pure veneration. Earlier this year, the England coach, Chris Silverwood, expressed his relief that Morgan had chosen not to step down after the World Cup. “To lose him would have been... tragic, really,” Silverwood said, evoking the vaguely droll image of England walking out for their first game after Morgan’s retirement in black armbands, blinking back tears, raising their bats to the sky in tribute.

Succession planning is always an awkward topic to broach, not least because of the suspicion that on some level you’re trying to shove the current guy out the door

Often you will hear – with regard to some tactical or selection problem, or the continuing ostracisation of Alex Hales – that Morgan has “earned the right” to do whatever he wants. This is fine for you or I to say. But occasionally you wonder whether it is a view that also prevails in the upper echelons of English cricket, which – lest we forget – has explicitly based its marketing strategy on “creating heroes” and the worship of individual stars.

England are fortunate in that they have little need for Hales at present, and if Morgan wishes to leave his head on a spike as a lesson in team culture, then so be it. But who is scrutinising and challenging these decisions? In short, is there anyone left in the England setup who can still tell Morgan “no”?

Now may not yet be the time for these questions. There are successive T20 World Cups coming in 2021 and 2022, by which point England’s 50-over World Cup defence will be imminent. Morgan will be 37 by that point, and if he is still fit and dispatching the world’s best bowlers over cow corner, then the issue of England’s post-Morgan era will remain happily theoretical.

Succession planning is always an awkward topic to broach, not least because of the suspicion that on some level you’re trying to shove the current guy out the door. But by contrast, the relative stability of this England team – and Morgan’s role in it – makes this the perfect moment to put a strategy in place.

How do you replace the greatest captain since Mike Brearley? How do you rewire a team who are essentially a living artefact to one man and his electric personality? For England, these are questions that will crop up sooner than they think. – Guardian