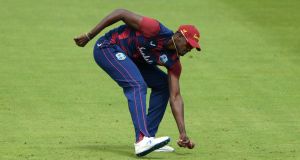 Against the odds, the first Test match of the 2020 summer is upon us. Let us hope that in years to come the six Tests against the West Indies and Pakistan become a quiz question: what was odd about them? The only Test matches in history ever to take place behind closed doors. At the moment it requires a bit of optimism to think that will be the case.

At the outset we should admire and applaud the England and Wales Cricket Board (ECB), which has not always been my first instinct in recent times, for making this happen. Naturally, a key factor has been the willingness of the touring teams to pitch up, for which the ECB must be truly grateful; this applies especially to the West Indies, who have left a relatively coronavirus-free part of the world to play these matches here.

So far so good in this ambitious project; there have been scares as a chunk of the Pakistan touring squad tested positive prior to the squad’s departure for the UK, and there was a tremor when Sam Curran caught a bug last week and had to be tested immediately.

Now for the cricket, and we all hope that the effort will prove worthwhile. It will be for those trying to balance the books. The rest of us crave an arresting, keen contest that is worth watching despite the absence of spectators at the ground. We want to be consumed by the cricket rather than the quirkiness of the contest, which now includes the presence of three English umpires for an England Test match.

Let the adrenaline flow and the nerves jangle. Both captains – Jason Holder, a veteran of 32 Tests leading the West Indies, and Ben Stokes, in charge of a serious cricket team for the first time – have plenty to be nervous about. Stokes identified the best advice he has received – from Joe Root. A note was pinned on the clothes peg holding Stokes’s England blazer: “Do it your way.” It is a very good thought.

Both captains should be nervous about where the runs are coming from since they possess lineups that have obvious frailties. England’s top four, which will be bolstered by the presence of Root at Old Trafford in the second Test, is comprised of nearly men, while the West Indies’ lineup is likely to include the unproven (Shamarh Brooks and John Campbell) and the out-of-form (Kraigg Brathwaite has not reached 50 in his past 21 Test innings).

This is England’s fourth Test match at this ground. It may help the batsmen that the Ageas Bowl has usually provided a relatively docile surface. There was a rainy draw against Sri Lanka in 2012 and then defeats of India in 2014 and 2018. In those matches England’s spinner had a major impact. Moeen Ali, surplus to requirements in 2020, took 17 wickets in the two victories. It is understandable (just about) he should be overlooked this time since he has been absent from the team while the Somerset pair of Jack Leach and Dom Bess have made a good fist of taking on the spinner’s role.

However, it remains a surprise that the option of playing two spinners is not open to the captain and coach this morning now that a Test squad of just 13 players has been selected. The evidence of England’s warm-up match suggests another docile track, although the groundsman, Simon Lee, an excellent recruit from Taunton by Hampshire CCC, knows how to spice things up a bit. However, he is unlikely to do that in his first Test at the ground. Bowlers will have to work hard for their wickets and none of them can be expected to be completely match fit.

On this basis the notion of playing an extra bowler, which has been shunned by England, has some merit. The West Indies will ponder whether to include their best off-spinner, Rahkeem Cornwall, alongside the all-rounder, Roston Chase. Meanwhile, Stokes and Chris Silverwood had to decide which of their pacemen to leave out. Stokes admitted: “I’ve been dreading that decision for the last three days but that comes with being captain.”

In the end it was decided to leave out Chris Woakes (as usual) and Stuart Broad, which is very unusual since he has not missed a home Test match for eight years.

Whoever was omitted had the right to feel grumpy, though they will surely appear before long in such a congested summer. In England’s last Test, the win in Johannesburg, the attack included Mark Wood, who took nine wickets in the match, Curran, Broad and Woakes. Three of these will be absent from the team this morning. By the same token Jofra Archer, Jimmy Anderson and Bess all took five-fers in their last Test outings. The upshot is that there is no paceman to do the donkey work for England.

The overs of Archer and Wood need to be carefully rationed to ensure they strive for maximum pace; Anderson is a senior returning from injury and Stokes has plenty on his plate. If the West Indies bat well – admittedly a substantial if – Bess will be busy.