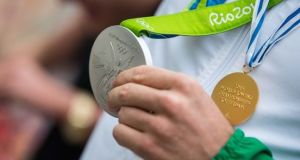 Rowing was Ireland’s most successful sport at the Rio Olympics, with Gary and Paul O’Donovan picking up silver. Photograph: Cathal Noonan/Inpho

The AGM of Rowing Ireland in Dublin featured two big helpings of drama. A new president promising change was elected by a single vote - 25 to 24 - and former Ireland team manager Mick O’Callaghan accused the outgoing board of “disgraceful” behaviour and said they had “driven out” high performance director Morten Espersen, who quit earlier this year.

Eamonn Colclough defeated Kieran Kerr in the election for president after delivering a forceful speech. The Dubliner who is now settled in Galway said that despite rowing being Ireland’s most successful sport at the Rio Olympics “our marketing and publicity could best be described as weak” and had “failed to attract any significant sponsorship”.

He said that the overuse of the The National Rowing Centre in Cork resulted in an “unfair cost burden and lack of access to resources for rowers from the other provinces.”

O’Callaghan accused board members of “spinning” untrue stories against Espersen and compared their treatment of the Dane, who led Ireland to an Olympic silver medal,to how Billy Walsh was treated by the Irish boxing administrators.

Outgoing president Con Cronin rejected the allegations. He said he had always striven to be fair and transparent in his dealings.

A Skibbereen proposal to introduce under-21 events at the Irish Championships provoked strident debate before being voted down. Outgoing secretary Frank Coghlan called strongly for a complete revamp of the myriad grades, and Colclough called the present provision of 35 Championship events for under 1,000 adult rowers “madness”.

A proposal to make the University Championships a standard qualifying Regatta fell - 21 voted for and 17 against, but a two thirds majority of voters was needed.

A proposal that terms of service on the board be limited to 10 years was passed unanimously.

A raft of tidying up proposals passed. The rowing Year will run from September 1st to August 31st.

Ulster: To be presented later