Angling Notes: untreated discharges to waters around Ireland pose an unacceptable risk to the environment 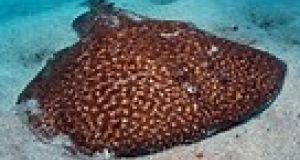 The recent report from the Environmental Protection Agency on urban waste water treatment in 2019 has been broadly welcomed by Inland Fisheries Ireland (IFI), although concerns relating to raw sewage from treatment plants continue to be a bone of contention for fisheries, according to Dr Forde, head of operations at IFI.

Untreated discharges to waters around Ireland pose an unacceptable risk to the environment, and prevent recovery of biodiversity and ecology of rivers and estuaries, especially where discharges go directly to the sea.

Dr Forde said many rivers were also failing to recover where the capacity of treatment plants was inadequate to address growing populations.

Irish Water extended the timeframe to provide treatment for many of the 35 towns and villages that continue to discharge raw sewage on a daily basis. Two years ago the company advised it would provide treatment for 30 of these areas by 2021. It will fall far short of this, and now plans to connect just two to treatment by the end of 2021.

Guidelines recently launched by IFI, entitled Planning for Watercourses in the Urban Environment, outline an integrated watercourse protection strategy which if implemented properly can significantly improve the quality of life for people living in urban areas.

An initial discharge of slurry from his farmyard was followed by further reoccurrences, resulting in a number of adjournments and hearings to allow completion of court-directed remedial works.

Fisheries staff gave evidence that the river had been severely polluted by his farmyard slurry, which had rendered the riverine habitat inaccessible to spawning trout and salmon.

Evidence was also given that he had a dairy herd in excess of 1,000, and since the initial incident had invested significantly in improving his yard facilities.

To prevent waters from pollution by nitrogen and phosphorus when land-spreading, farmers are advised to refer to good agricultural practice regulations guidance on www.agriculture.gov.ie

*Skipper Tommy Galvin while out fishing crayfish with his son last week at the back of Mutton island off the coast of Co Clare, brought in a rare electric ray in his nets, according to the Clare Champion.

A keen watcher of sea life, Mr Galvin got in touch with marine biologist Kevin Flannery, who runs Oceanworld in Dingle, Co Kerry, who identified the fish as a marbled electric ray (torpedo marmorata).

The catch has now been documented by marine biologist Declan Quigley of the Sea Fisheries Protection Authority who ratified the fish as a new Irish record. “There would be the odd straggler in the North Sea from time to time,” he said.

Mr Quigley noted that the presence of the ray in Irish waters may be an indication of rising sea temperatures.

“It could be down to oceanographic changes. However, it is also possible that there are a number of these rays present in Irish waters but haven’t been caught and documented before.”

The Oceana organisation, which promotes biodiversity and promotion of ocean life, says the ray can deliver a painful electric charge of up to 200 volts, and describes the fish as “an ambush predator” that shocks unsuspecting prey.

The Irish Specimen Fish Committee lists eight different type of ray records, including the electric ray (torpedo nobiliana) which was caught off Achill, Co Mayo, in 2002 by Shay Boylan and weighed 40kg. The eight records were all caught by rod and line.