Brown trout and cross-country and other soft spots for Roscommon 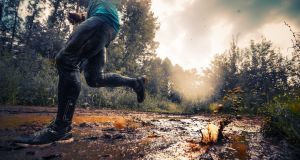 In 1994, at the Irish senior championships, they were pulling runners out of the mud for hours afterwards. There must be dozens of spikes still buried in those fields, lost souvenirs of a running war.

We were already ankle deep in mud and soon to be destroyed by the madness, starving, hysterical, naked. There are some things that young and innocent men will never forget and one of them is the cross country course in Ballinlough.

It was the winter of 1989, or somewhere around then, and for most of us the first time to venture into the great northwest and far reaches of county Roscommon. My dad had warned me the course would probably be soft but when you’re 17 and all cranked up on Coke and Mars bars these things usually didn’t matter.

Until the starting whistle, when we raced off into what essentially were fields of watery mud, knee deep in parts, neck deep in others. We lost two of our team by the end of the first lap, the rest of that race being one hard and lonesome slog, especially out in the back of the beyond where there was no cheering, only the moans and groans and the Jesus Christ Almighty no way.

Later, after collecting our bronze medals, we huddled around a tap behind a cow shed to wash our feet and splash water over our faces and then headed home, stopping off in Athlone for chips. That was my introduction to Roscommon – and maybe explains some still suitably soft spot for the county.

We were back in Roscommon a year or two later to run the Irish schools cross country, this time around Lough Key Forest Park, and can still remember being touched by the beauty of the place at some point during the actual race, which maybe explains something else.

In 1994, by then some of us racing around the sandy golf course that is cross country running in America, Ballinlough was the same venue for the Irish senior championships, and by all accounts that was even worse. It wasn’t so much about finishing as not drowning. They were pulling runners out of the mud for hours afterwards and there must be dozens of spikes still buried in those fields, lost souvenirs of a running war.

Defiant and undaunted, Peter Mathews won that day, arguably the hardest cross country race ever run in Ireland. Certainly over the softest course. Five years before, Mathews had been working in the bakery in Superquinn in Ballinteer when he was moved onto the checkout, and with that started running to counter his sedentary day. He won two more senior cross country titles with Dundrum-South Dublin, and lost a couple more after epic duels with his training partner and hard man from Clare, Séamus Power.

Ballinlough, not surprisingly, means “town of the lake”. For a county that doesn’t touch the sea, Roscommon has often been cursed by frequent and sometimes biblical high water rising, and not just around Ballinlough, which by the way is also home to Black Donkey Brewing, Roscommon’s only brewery.

Few playing fields in the country have been known to be more watery over the years than Doctor Hyde Park in Roscommon town, and even after all the drainage work, they must be thankful of the recent dry spell ahead of Sunday’s Connacht football final.

Con Houlihan once described the 1985 meeting of England and the Republic of Ireland at Wembley Stadium in London as his first foreign mission for the Evening Press, apart from a National League game between Roscommon and Dublin in Doctor Hyde Park on a wet Sunday in the previous November. Truth is Con also had a soft spot for Roscommon, especially fresh brown trout from the River Suck and the music of Percy French.

One of the last drives in my old Alfa Romeo Spider before the wheels fell off was to Dr Hyde Park.

“Here comes James Bond, ” said the steward at the gate, before directing me to park right next to the team buses. It’s a welcoming place with an ambience to match, even with the adjacent cemetery a gentle reminder of that old man on the bus and the days turning to minutes.

It is of course named after Douglas Hyde, born up the road in Castlerea, later home-schooled in the village of Frenchpark, and in 1938 elected unopposed as the first president of the young State.

Later that year Hyde attended an international soccer match between the Republic of Ireland and Poland at Dalymount Park, and with that the GAA removed him as their honorary patron, after 36 years, as this breached their ban on “foreign games”. Hyde was never reinstated but maybe his lasting naming rights on the stadium is some consolation.

In another doctor, Donal Keenan, Roscommon discovered one of their two-time All-Ireland winners and a later GAA president, and somewhere behind the main stand at Dr Hyde Park was the first and last time I met the late Lieutenant-General Dermot Earley and I was instantly struck down by the sincerity of the man.

Roscommon meet Galway for the third successive Connacht final on Sunday, the sixth least-populated county in Ireland versus the fifth most. Roscommon are going for their 24th title, Galway their 46th, only as defending champions, seeking a third provincial crown in nine years, it’s a rare occasion for the home team.

Galway haven’t won a Connacht final win in Doctor Hyde Park since 1998, when they beat Roscommon in a replay, after extra-time, by 1-17 to 0-17. Galway people will know where they ended up that year (All-Ireland winners) and maybe Sunday will act as a tell-tale sign of what is to come. Only for Roscommon, at home in Doctor Hyde Park, the chance now is to prove how hard a team they are to beat. And that’s not because of any soft spot.