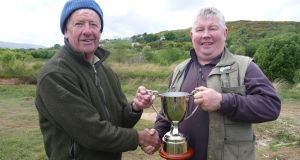 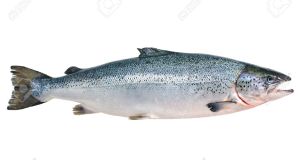 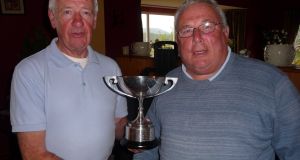 The board of Inland Fisheries Ireland (IFI) has welcomed a new study in the international journal Aquaculture Environment Interactions which utilised 30 years of data from the Erriff River to evaluate the effect of sea lice from salmon aquaculture on wild Atlantic salmon.

Juvenile salmon migrating to sea can become infected with sea lice from salmon farms and suffer increased mortality soon after leaving the coast.

The study, entitled Quantifying the contribution of sea lice from aquaculture to declining annual returns in a wild Atlantic salmon population, examined sea lice production from salmon farming in Killary harbour and its effect on the return of wild salmon to the Erriff (at the head of the harbour), in the following year.

Results from this long-term study indicate that returns of wild adult salmon can be reduced by more than 50 per cent in years following high lice levels on nearby salmon farms during the smolt out-migration.

Sea lice from salmon farming has long been implicated in the collapse of sea trout stocks along the west coast of Ireland. However, this new study, authored by Dr Samuel Shephard and Dr Paddy Gargan from IFI, is the first to clearly demonstrate significant losses of wild Atlantic salmon due to infestation with sea lice from salmon farms.

Dr Shephard said: “We find that the predicted 50 per cent reduction in 1SW salmon returns following a high lice year is greater than the average year-to-year variation attributable to environmental effects.”

Modelled lice impact levels and a fitted stock-recruitment relationship were used to estimate how annual returns of Erriff salmon might have looked over the past 30 years in the absence of a serious impact of sea lice from aquaculture.

Results suggest that Erriff salmon returns could now be twice as large without observed anthropogenic lice impacts, but would probably show a similar long-term decline. The Erriff is designated as a Special Area of Conservation for Atlantic salmon under the European Union Habitats Directive (92/43/EEC).

Dr Gargan added: “Increased mortality of wild salmon due to the impact of sea lice from salmon farming can result in salmon stocks not reaching spawning targets or not being at favourable conservation status as required under the EU Habitats Directive.

It is critical therefore that sea lice levels are maintained at a very low level on farmed salmon in spring and where this has not been achieved, that farmed fish are harvested before the wild salmon smolt migration period.”

The authors conclude that “many Atlantic salmon populations are already under pressure from reductions in marine survival. The addition of significant lice-related mortality during the coastal stage of smolt out-migration could be critical”.

There is some incredible fishing available through the auction including top-of-the-range fishing equipment.

The headline item was donated by Hardy’s and it is the first time the company has released a reel to the public with the serial number 001. To view the reel and catalogue, visit astgalaauction.com

AST is utilising its 50th year to launch a much-needed research programme into the marine environment. “Your support is greatly needed as this amazing fish needs our help”, said Jamie Hamilton of Abercorn Estates Partnership. Email: jhamilton@abercorn-estates.com.

Mayfly back on Mask

Mixed reports from Mask as the Mayfly make their first appearance of 2017. Decent hatches were reported around Saints Island and Ballykyne and trout are beginning to respond.

Weather varied from strong easterly winds and bright sunshine, to flat calms from one day to the next, which has made for difficult fishing.

The calm conditions suited the buzzer anglers with some good bags reported, whereas the wind provided some good fishing on wets in the shallows.

Gerry Moran from Ballinrobe had a cracking 1.9kg trout in challenging conditions and local guide Michael Vahey averaged three fish each day he ventured out. A group of 12 staying at Hall’s Angling Centre had circa 50 trout over three days.

Anglers who are out regularly have reported releasing large numbers of undersize fish on a daily basis. You are asked to handle those fish carefully (wet hands) and return them to the water as soon as possible.

Water levels are extremely low at the moment, so extra care should be taken when moving about.

Still with Mask, for the second year in succession, club president Stuart McGrane emerged a clear winner against a field of 33 anglers at last weekend’s annual outing of the Co Wicklow Anglers’ Association, staying in Máire Lukes in Tourmakeady, Co Mayo.

Fishing the Kilbride shoreline in blustery conditions on Saturday, he coaxed three good trout to retain the coveted Wicklow Cup, originally presented to the club by David Browne in 1987. “If I’m lucky enough to win again next year, I’ll be looking to keep the trophy,” he said with a smile.

With a total of 20 fish recorded, perhaps the fish could have been more forthcoming, however fishing is not all about catching fish, and on that front the annual outing was a huge success. There was a great sense of friendship and camaraderie throughout the weekend and it was a time to meet fellow anglers, some for the first time.

Fishing on Sunday was curtailed to 3pm with one fish accepted for weigh in. Gary Coughlan stepped up to the plate with a fish of 42cm to claim the Lough Conn Trophy.

Many thanks to proprietors Barbara and Frank Philbin (of Philbin Boats fame, 094-954 4080) who really know how to look after the anglers’ needs in terms of accommodation, food and supply of boats. Well done!

It is with sadness to report the passing of long-standing club member Martin Foley who died suddenly last week. Deepest sympathy is extended to his wife Josephine and extended family. May he rest in peace.

Classic fare on Erne The 42nd Waterways Classic Fishing Festival reached a thrilling finale on the shores of Lough Erne. Local Fermanagh angler Keith Murphy’s great catch of 36kg 400g on Cleenish Bridge catapulted him into top place with a total over the three days of 53kg 890g. Keith netted the winner’s cheque of £5,000 (€5.9k) and the coveted crystal chalice.

In second place was Doncaster angler Tom Pickering, a previous winner of the Classic, whose catch of 41kgs 5400g earned him £2,000 (€2.4k) and the runner’s up crystal trophy.

The winners of the Waterways Ireland Masters team event, were The Team with No Name, with Dads & Lads second and Two Postman Pats and a Couple of Sprats in third place.

The Classic is sponsored for the 15th year by Waterways Ireland and organised by Fermanagh and Omagh District Council, in conjunction with Inland Fisheries Division of the Department of Agriculture, Environment and Rural Affairs.