The 2017 US Masters: Five things we learned at Augusta 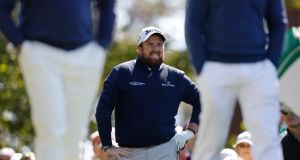 1: There’s a touch of class about everything here, even if the weather contrived so that the azaleas weren’t blooming.

It was particularly evident in the respect paid to one of the legendary figures of golf. Arnold Palmer’s death last September was always going to make for an emotional 81st edition of the Masters tournament and the attention to detail in giving him a fitting send-off was to be admired.

Palmer was the first player to win four Masters titles with his victory in 1964. As it turned out, that would also be his last win.

From the placing of a green jacket on an empty chair for the ceremonial drives from Jack Nicklaus and Gary Player to giving everyone who passed through the gates that day a memorable badge making them members of Arnie’s Army to the words uttered in his memory, it can be said that The King lived on.

2: Number one was, well, number one. In terms of a tough start to a major championship, the Par 4 first hole - playing 465 yards - emerged as the most difficult of all with a playing to an average of 4.46 strokes.

Only 18 players over the four rounds managed to birdie it (and Rory McIlroy, with nine Masters’ appearances under his belt has yet to ever birdie). There were 152 pars, 99 bogeys, 16 double bogeys and seven triples or worse.

3: As the song goes, “don’t look back in anger.” And whatever frustration Shane Lowry felt after exiting the tournament on Friday night, the reality is that he probably came into the Masters - the third of his career - without sufficient tournament sharpness.

Little things went against him, like horse-shoeing out and lip-outs on no fewer than three occasions in his second round, although it took a lost ball - in running up a double bogey six on the 10th - to finally give him the kick to at least give himself a chance to survive a cut he would eventually miss out on by a single shot.

It is the second time in three appearances that he has missed the cut by a shot; but, if he does look back, the harder thing to take is that he really does have the game to compete at Augusta National. He was in the top-two for driving stats after his first round, he was at the top in greens-in-regulation . . . . but his putting was a let-down.

Lowry’s limited outings so far this year (this was only his sixth tournament) were a mitigating factor and a more intensive schedule will be needed if he is to push on and challenge at the remaining three Majors of the year.

4: There was a subtle change at Augusta National this year which seemed to have taken some artful dodgers by surprise, but it unquestionably helped the viewing experience of those patrons who legitimately entered the course with tickets.

In the past, not unlike the old days at Croke Park or Lansdowne Road where children were carried over the turnstiles as part of a multiplying effect that unofficially increased the crowd sizes, there was a practice at the Masters where patrons entered the grounds only to send their tickets back out with a number of their party so that they could be re-used.

Not any more, as the new policy limited tickets to three entries a day - scanned going in and out - which resulted in an environment whereby the patrons could work their way around the course and find excellent vantage points for watching the action.

5: Danny Willett missed the cut, the first defending champion in 13 years - since Canadian Mike Weir in 2004 - to fail to progress into the final two rounds with a chance to reclaim the green jacket.

The Englishman shouldn’t dwell too long on it, however. Through the years, since the cut was introduced back in 1957, there have been many famous names who fell at the first hurdle in their title defence . . . . and, in Willett’s case, a quadruple bogey eight on the first hole of his second round put him in a perilous position before he knew what was happening. He would miss out by a single shot.