Some golf courses remain open despite recommendations from governing bodies 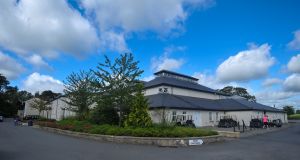 Roganstown and Swords golf courses in north county Dublin were among the few outliers in continuing to keep golf going on Wednesday in spite of recommendations from the Golfing Union of Ireland and the Irish Ladies Golf Union that all courses be closed following Taoiseach Leo Varadkar’s speech outlining further restrictions on Tuesday to prevent the spread of the coronavirus.

In explaining why the two courses remained open, Ian McGuinness, the managing director of Roganstown, said: “He [Varadkar] specifically said things like ‘groups of four’, ‘outside exercise’, ‘[can] leave the house if you are going out for physical exercise’, ‘we have to preserve our humanity’, which means taking exercise and looking after your physical and mental wellbeing; that as long as you keep the groups to four [or less] and keep safe distances . . . he left the parks open and, to be honest, there will be less people on the golf course than there will be in the park.”

McGuinness stressed they had adopted a large number of health and safety procedures, including removing all ball washers from the courses, removing flags from holes (and placing them on a spiked area, raised to the side of the green) so that they would be untouched; removing all rakes and disconnecting shoe cleaners so that players wouldn’t have to touch compressors. Signs informing players to keep two metres distance were also put in place.

“If people are being responsible, it is the place to be . . . as far as I’m concerned. The positivity of the members [on keeping the courses open] has been brilliant. If the Government comes around and says ‘close’, I will close no problem,” he said.

The GUI and ILGU issued a public statement that the boards “made the recommendation to close to provide clarity for golf clubs in how the sport should respond to measures announced. We have been in direct contact with the relevant Government authorities who have confirmed that the Unions’ decision to advise clubs to close was the correct one . . . at this time of global emergencies, golf must show solidarity with those around us, in our towns, villages and communities across the island.”