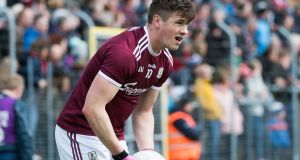 Munster SHL final
Limerick v Cork (Gaelic Grounds, 7.30)
Limerick were booed after conceding 7-22 and losing by 21 points to Cork in this competition in 2017, John Kiely’s second game in charge. Three years on, they’re reigning National League and Munster champions and in form after beating Tipperary and Clare so surely won’t hear from the boo boys this evening. Kieran Kingston’s Cork hammered Kerry and took care of Waterford previously.

McGrath Cup SF final
Limerick v Cork (Gaelic Grounds, 5.30)
All the indicators are that Cork are on the up again and some early season silverware would set them up nicely for a National League campaign in which they simply must gain promotion from Division 3.

O’Byrne Cup semi-finals
Longford v Dublin (Glennon Brothers Pearse Park, 2.0)
Dublin’s first game since Dessie Farrell took charge. Bookmakers have installed them on short odds but with the majority of the 2019 squad only returning today from the team holiday, a repeat of Longford’s 2016 win at the same stage and venue could be on the cards. Longford qualified following wins over Kildare and Carlow.

Offaly v Westmeath (Bord na Mona O’Connor Park, 2.0)
Offaly are the form team in the competition with the only 100 per cent record after three games, opponents Westmeath taking two wins and a draw from their outings. Westmeath won this competition in 2019 and have battled back to this stage, coming from behind to draw with Meath and beating Louth in a straight shoot-out for the semi-finals.

Oughterard (Galway) v Templenoe (Kerry) (Kilmallock, 2.0)
With a clutch of Kerry players including All-Ireland final goalscorer Killian Spillane, Templenoe are strong favourites to continue where they left off in the Munster final when a strong second-half accounted for Clare’s St Breckan’s. Oughterard were impressive in away defeats of both Tulsk and Mayo’s The Neale in Connacht.

Rathgarogue-Cushinstown (Wexford) v Blackhill (Monaghan) (Newbridge, 1.30)
The tighter of the two semi-finals to call with Monaghan’s Blackhill gaining a tentative nod to advance to the Croke Park final on Saturday, January 25th. Wins over Maguiresbridge, Killinkere and Buncrana did the trick in Ulster with their second-half display in November’s final particularly impressive, outscoring Buncrana 1-6 to 0-1.

FBD Connacht SFL semi-finals
Mayo v Galway (MacHale Park, 2.0)
Pádraic Joyce travels into the lion’s den for his first competitive game as Galway manager. He’s named a relatively strong team despite the absence of the Corofin and NUI Galway players with Shane Walsh the captain and Paul Conroy at corner-forward. Mayo move on without the retired Andy Moran but with Ciarán McDonald an intriguing coaching addition.

Leitrim v Roscommon (Carrick-on-Shannon, 2.0)
Cian McKeon’s goal turned out to be crucial when Roscommon beat Sligo by four points to reach the semi-finals. Manager Anthony Cunningham was in experimental mode but still called for improvement afterwards and will expect victory over a Leitrim team playing its first game of 2020. Roscommon, the Connacht champions, are aiming for three pre-season titles in a row.

Dr McKenna Cup semi-final
Tyrone v Down (Athletic Grounds, 2.0)
Wins over Cavan and Armagh have got Tyrone to this stage but like the other three semi-finalists college commitments will rob them of players. Tyrone clearly still wanted to get this far because they edged a thriller with Armagh on Wednesday night to advance. Down had comfortable wins over Fermanagh and Antrim.

Kilkenny v Wexford (Callan, 2.0)
The 2019 Leinster finalists go again with Wexford hoping for the same outcome as last June. Both sides will be diminished due to college commitments, Wexford choosing from a 19-man panel, according to boss Davy Fitzgerald. Lee Chin and Matthew O’Hanlon are also injured while Diarmuid O’Keeffe is away. Kilkenny are without their Ballyhale and Tullaroan club players.