While Ireland initially responded well to the challenge, it has now lost its way 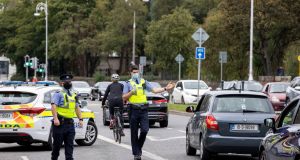 Anyone who doubts that psychology is a true science might take a look at learning curves. In the 19th century, the pioneering experimental psychologist, Hermann Ebbinghaus, first recorded patterns in how we learn. Facing a new challenge, we typically learn quickly to begin with, then gradually more slowly.

Yet while this systematic pattern is common, rapid learning is not guaranteed. We require feedback on our actions. We learn quickly only if we see and correct mistakes as we go.

After initially responding well to the challenge of coronavirus, Ireland has lost its way. While many may simply blame Government messaging or young people’s behaviour, responsibility is more widely shared. Now is a time to be constructive and to learn from our mistakes, because we are not only in this together, we are in it for a while.

I want to highlight what I believe are three specific mistakes we can learn from.

The first concerns time-lags. When we learn to ride a bike or drive a car, initially we “oversteer”. The problem is not that we turn the handlebars or steering wheel too far, it is that we fail to account for the time-lag between perception, action and outcome. By the time the vehicle is pointing in the right direction, the required adjustment should already have been made.

As Ireland began the Roadmap for Reopening Society and Business in May and June, coronavirus cases continued to fall steeply. The plan seemed to be working and we responded, enthusiastically, by accelerating it. We oversteered.

A time-lag for measuring the impact of a change in restrictions was expected, given how long it takes for infection, emergence of symptoms and testing. Public health experts talked about needing two to three weeks to see an effect. In reality, it probably took much longer.

For all the images of elaborate queues outside Penneys and B&Q, most people’s behaviour did not change immediately. Having learned to be frightened of this disease, we emerged gingerly back to the shops, playgrounds and cafés.

Thus, as well as a time-lag due to the infection process, there was a “behavioural lag”. My best guess is that it took more like six to eight weeks for the impact of changed restrictions to emerge. By underestimating behavioural lag and speeding up the plan, we amplified the second wave.

Of course, hindsight is 20-20. Which brings me to the second mistake: we didn’t pay enough attention to behavioural data, alongside the epidemiology. The signs were there.

I attended a virtual conference of American behavioural scientists in late May. Many US states had lifted restrictions well before they were lifted in Europe. Early data was indicating that it took longer than expected for behaviour to change and infection to respond – behavioural lag. The implication was a need to proceed more cautiously. This was a warning not to oversteer and, like most European nations, we failed to take notice.

Irish data also contained a warning. The Department of Health publishes regular Covid-19 tracking surveys collected by Amárach Research. Between June and July, while the number of cases bumped along at a low level, there was a clear shift in public mood, which went almost entirely unreported. On June 8th, 62 per cent thought the worst of the crisis was behind us, with just 13 per cent thinking it was yet to come. By mid-July, these figures were 33 per cent and 38 per cent. Worry about health of family and friends had increased. The proportion expecting a second wave had gone from 54 per cent to 78 per cent. The balance between wanting more restrictions lifted or imposed had switched in favour of the latter. This all occurred before cases began to spike.

Behavioural scientists talk about the “wisdom of crowds”. It means that when a problem involves too many factors for any single expert to combine into a judgement, the average public judgement is likely to outperform expert opinion. We ignored the wisdom of our crowd.

As a member of the Behavioural Change Subgroup of NPHET, I did raise the American behavioural lag and trends in Ireland’s tracking numbers, but I wish now that I had done so much more stridently, and raised them publicly too.

So, we failed to understand time-lags when lifting restrictions and we failed to pay enough attention to behavioural data. We can learn from these two mistakes.

The third mistake is more straightforward. I will not add to complaints about excessive complication and confusion. Communication was always going to be challenging once we had to balance reopening society against suppressing infection, but we have to work harder to make it simpler. Behavioural science shows that if you want any kind of message to alter behaviour, the simpler it is, the more people respond.

The lesson is to seek simple rules that work across multiple contexts. For all the Johnson administration’s bungling on coronavirus, the UK’s simple “rule of six” for social gatherings has landed effectively. We may not wish to copy the specific rule, but we can learn from the simple message.

Coronavirus is a collective challenge requiring a collective behavioural response, unless and until progress in the medical labs frees us from its torment. In the meantime, if we are to “learn to live with it”, we must actually do the learning.

Pete Lunn is head of the ESRI’s Behavioural Research Unit