Members of new club have been told to check under their cars, but they still take the field 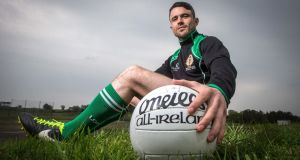 At the end of their statement on Saturday evening, East Belfast GAC rounded off by asking that “any attention on the club returns to what it ought to be; attention on the playing fields and on the provision of sport, for all.” In that spirit, it is only right to record that East Belfast played their first ever competitive hurling match on Friday night against St Peter’s, Warrenpoint. The game was their opener in the Betsy Gray Shield, a junior competition in Co Down made up of various clubs’ B and C teams - plus 10-week-old East Belfast GAC.

The new boys held their own, overcoming an early six-point deficit to trail by a single point early in the second half. Warrenpoint pulled away as the second half wore on though and a missed East Belfast penalty 10 minutes from time choked off any hope of a fairytale first night. It ended in a 2-17 to 1-14 defeat. Nobody was disgraced. They go again on Tuesday night at seven o’clock against Bredagh.

For the uninitiated, East Belfast are the club founded in the middle of lockdown by former London footballer Dave McGreevy and his friend Richard Maguire. ‘Founded’ is probably gilding the lily a bit - McGreevy posted a tweet saying he was thinking about starting a club at 9.15 on a Sunday morning, half as a joke, half to see what would happen. There hadn’t been a GAA club in East Belfast in half a century so it was reasonable to presume that the answer would be very little.

That was at the end of May. East Belfast now have senior teams playing in Down competitions in men’s and women’s football, hurling and camogie. The numbers are fluid, understandably given the times and circumstances, but they’re well past 150 signed-up members. They are avowedly and non-negotiably cross-community with their club motto ‘Together’ written on their crest in English, Irish and Ulster-Scots.

The response has been welcoming and positive, for the most part. But that was never going to last forever either. You would struggle to find a less GAA-orientated barrio on the island than East Belfast. For some in the area, the GAA is still the athletic wing of the IRA. All those clubs and grounds named after dead patriots are the kind of thing they can’t see past. Or won’t, whatever. Beyond that, some people are just bigots who miss the bad old days.

And so, with grim inevitability, there were three security alerts on Wednesday and Thursday of last week, aimed at cars belonging to members of East Belfast GAC. A man was arrested on Friday and later released on bail pending further enquiries. The PSNI has asked club members to check their cars and to report anything suspicious.

Betsy Gray Shield Hurling FT @WarrenpointGAA 2-17 East Belfast 1-14 - a spirited debut from our hurlers who fought right until the end. Full credit to everyone involved in an entertaining and competitive game. #gaa #hurling #eastbelfastgaa pic.twitter.com/9YUppV5KMf

We are so caught up in the treacle of life in the time of Covid that it feels hard to piece out time or interest in other stuff. There’s no shame in that, either. Being in a sports club right now isn’t far short of a heroic act. Doesn’t matter if it’s GAA or soccer or wall-climbing or pony-trekking, the hassle and time and effort that goes into just getting people organised and sorted and to keep them colouring inside the lines is draining.

All anyone wants is to do something normal but the layer of abnormality involved in making that possible must inevitably fill out most of your remaining bandwidth. To do anything recreational now is to do something difficult. Or at least something more difficult than what it used to be.

And now of course, in some cases, it’s impossible. If you’re in Kildare, Laois or Offaly, you know exactly how hard it is. All local soccer gone. All GAA kaput. Summer camps, summer holidays, the last two weeks of something different before school time, all fed into the shredder.

There's a bad moon rising all over the place

Towards the end of last week, there was a rash of stories in the papers - this one included - about the financial woes of the GAA and the impact of NPHET continuing to restrict crowd sizes to 200 people, especially in the context of it being only five weeks until inter-county training has to be paid for. That was overtaken to some extent by the three-county shutdown over the weekend but in the broader sense, it all amounts to the same sort of thing.

There’s a bad moon rising all over the place. The very least that can be said about the 2020 GAA Championships is that they are going to be a very difficult thing to pull off. The fashion for ceasing operations and cancelling things at the drop of a hat is starting to take hold. Part of it is organisations wanting to be seen to be cautious and responsible. But part of it too is that pulling the plug on things is easier than finding a way to put them on.

Right now, the GAA has no interest in doing the easy thing. Privately, their feeling is that they have a moral responsibility here, that their members have had a rotten year and that to deprive them of a championship is a fate to be avoided. Not quite at all costs but not far short of it either. But they concede that ultimately, they won’t be solely responsible for making the decision. If there’s a critical mass of counties who either can’t afford it or find themselves in rolling lockdowns, there might not be a lot Croke Park can do about it.

Up at East Belfast GAC, they know all about doing the difficult thing. They’ve spent two-and-a-half months talking to a community that doesn’t know them, doesn’t need them and has roundly suspected them and their kind of being a malign force for most of their lives. Now they’re checking under their cars before they turn the key. The easy thing for them to do is very obvious.

But on Friday night, despite three incidents in the space of 48 hours directed at them with a specific and undeniable message, they went out and hurled and had a game. They’ll do the same on Monday night. They’ll find a way to do a difficult thing because it’s a good thing.

We can all learn plenty from them on that score.

1 LeBron James has become this generation’s Muhammad Ali
2 What next for green jersey hero Sam Bennett after toughest of Tours?
3 Gerry Thornley: Talk of Anglo-French hegemony is over the top
4 Why this weekend’s Champions Cup semi-finals are still worth watching
5 Tour de Covid tells us to cheer, clap and don’t ask questions
Real news has value SUBSCRIBE