Leighton Glynn has no fear of Dublin champions St Vincent's 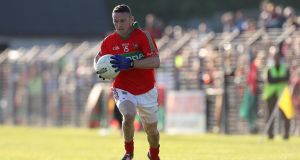 No fear, no envy, no nervousness. When you’ve just won county title number 20 and taken down plenty of club football giants before there’s nothing daunting either about playing St Vincent’s.

Leighton Glynn confirms that, yes, he’s now won 20 titles in Wicklow: 11 in football with Rathnew, and nine in hurling with Gleneally, including another double this season.

His football interest now spills over into Sunday’s Leinster club quarter-final against St Vincent’s, fresh from their fourth Dublin title in the last five years, and boasting at least one possibly enviable player in Diarmuid Connolly.

At age 35 Glynn may be a few years into his retirement from the inter-county game, but still feels he has everything to offer at club level. He’s also captain of Rathnew this season, and with home advantage in Aughrim on Sunday – one of the original GAA fortresses – Glynn is not short of motivation either.

“That was certainly in my thoughts, when I retired from the county, that I’d get a few more years out of the club,” he says. “And I also wanted to give something back to the club, get more involved with the training, which you can’t always do when you’re still involved with the county. And being captain this year is a nice bonus as well.

“We know it’s a massive challenge on Sunday, obviously. We know the quality of players that St Vincent’s have, how they’ve dominated Dublin the last few years. There’s serious quality there.

“At the same time we feel we have the experience, a few of our own strengths to work on, that maybe Vincent’s haven’t been presented with yet. Home advantage as well. The one thing about Rathnew is we never go out to take part. We go out to win every game, and that’s the same on Sunday.”

While St Vincent’s have also won three of the last four Leinster titles, plus the 2014 All-Ireland, Rathnew still have the memory of their provincial final success of 2001, when as a 19 year-old, Glynn helped them get past then Dublin champions Na Fianna, after a replay – a team that at the time also featured such enviable players as Jason Sherlock, Kieran McGeeney and Dessie Farrell.

“And we’ve beaten some big Dublin clubs in the past, like UCD,” he says. “Na Fianna, who were packed with just as many stars as Vincent’s are. We still take confidence from that. So nothing to fear, no.

“And we feel we have just as much experience, a good mix of guys in their late 20s and early 30s. Not just me, but lads with eight or nine county medals now. The likes of James Stafford, Damian Power, Nicky Mernagh.”

After winning three Wicklow titles in succession in 2013-15, Rathnew lost last year in the quarter-final stage: this year they beat Blessington to make it four from five, and former Wicklow manager Harry Murphy is now back in charge of the club. They’ve already beaten Louth champions Newton Blues in their first round.

Even with a player like Connolly to face, Glynn insists that Rathnew will play to their own “strengths”. When pressed on that, he says: “We can only play our own game, win on our own strengths. I know most teams go out against Vincent’s and tend to flood the defence. That wouldn’t be our style at all.

“We would never play defensively, double-mark a player, and I think it would be crazy to go out with that approach. We feel we’ve good strength around midfield, and if we can stay in the game for the last 10 minutes, hopefully that strength will come through.”

Rathnew are without first-choice goalkeeper Peter Dignam, suspended for an incident in their first-round win over Newtown Blues (Louth).

Glynn is putting his experience to other use these days, having come on board as a selector with new Wicklow manager John Evans. Win or lose on Sunday, his club career – and success – may yet extend beyond county title number 20.

“Maybe the speed is diminishing a bit, but I do feel I’ve got a bit of second wind, and really enjoying my football as well. And hopefully can soldier on for a few more years. I’m lucky that I came into two teams winning county titles, a good generation of players, in Rathnew and Glenealy. Plenty of experience there still.”

All of which will be needed on Sunday.

1 Six Nations: Ireland are contenders but England still the team to beat
2 Mike Catt hopes to have Irish backs purring in Six Nations
3 Communication is key for new FAI president Gerry McAnaney
4 Owen Doyle: Creeping professionalism of schools rugby a threat to the game
5 The world spins but it’s soon back to Dublin and Kerry
Real news has value SUBSCRIBE