The Munster hurling final will take place in Semple Stadium 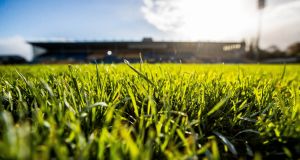 Sunday week’s Munster hurling final between champions Limerick and Waterford will take place in Semple Stadium at 4.0. The decision was taken on Thursday evening by the provincial competitions control committee and ended speculation over whether Thurles or Cork would host the event.

When the counties last met in the final, 13 years ago, the venue was also Thurles. The only previous years in which this happened were 1933 and ‘34 when the old Athletic Grounds, now Páirc Uí Chaoimh, was used.

Limerick won both finals in the 1930s whereas Waterford were victorious in 2007 - although little more than a month later, the tables were turned at Croke Park when Limerick shocked the Munster champions in the All-Ireland semi-final.