Mullane bows out on a winning note in Shanghai 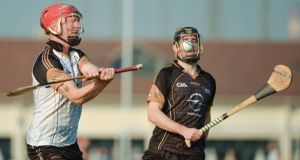 The end of term feeling was in evidence on Saturday at Shanghai rugby club in Pudong. As is traditional to All Stars tours goals flashed in at either end and it all made up for a pleasantly diverting spectacle on a crisp but beautifully sunny afternoon before a respectable crowd of a few hundred mostly ex-patriates, including the Irish ambassador Paul Kavanagh and consul general Austin Gormley.

It was more than the end of simply another season for one player. Waterford’s John Mullane retired last season after securing his fourth All Star in succession and so the weekend was his last outing at this level.

His sign-off from the GAA-GPA All Stars, sponsored by Opel, on Saturday was a two-goal contribution to the success of last year’s selection.

“It’s probably the end of an era for me,” he said afterwards. “This is my sixth All Star tour and it’s great to be out here with some of the cream of the crop and what can I say – no better place to be finishing it than in Shanghai.”

He agreed his first championship in the stands for 13 years hadn’t been the most comfortable and expressed support for the decision of Central Council to retain the current league format of six-team divisions.

“It was difficult to go to some of the matches this year but I got used to it as the months went on during the course of the summer. Looking in as a supporter and as a neutral I don’t think I’ve ever seen a summer like it in all my time watching and playing hurling.

“I think it’s great – Croke Park are after making a big statement by keeping last year’s National League on.

“Last year’s National League was a fantastic league and the championship then followed on. Hopefully I see the National League being competitive again next year and we’ll have another great summer of hurling.”

He acknowledged that he’d been approached by new Waterford manager Derek McGrath on the off chance that he might want to give inter-county hurling another crack but is happy to leave that world behind.

“Looking back I suppose 2007 and that day against Limerick (All-Ireland semi-final). We didn’t deliver on that day and 2004 then I was sent off in the Munster final and missed the semi-final against Kilkenny. I suppose I’d look back with real regret on those two big days.

“Obviously you need a bit of luck, but some great memories.”

The greater experience of the 2012 All Stars stood to them in that they struck early and often for 10 goals while the 2013 selection, almost entirely composed of tour debutants, earnestly expended ore energy – especially at centrefield where Clare duo Colm Galvin and Hurler of the Year Tony Kelly were tireless and inventive – but tended to shoot for points and when they attacked the goal the execution didn’t always go to plan.

Galway forward David Burke impressed in goal for the winners. The Galway forward improvised as a goalkeeper – to cover for Cork’s Anthony Nash, who is suffering from a leg infection, – and made a number of spectacular saves to help keep a clean sheet until just before the interval. The half-time score saw the 2013 All Stars ahead by 1-9 to 2-4. Galway’s Joe Canning scored the first goal for the 2012 team but was content from then on to turn creator, flipping quick ball into better placed colleagues.

The other goals were scored by Eoin Larkin, Patrick Maher and Mullane, who got two each.