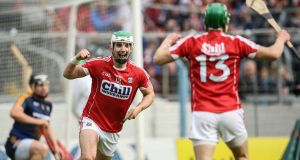 Having been apparently discontinued as a drama, Cork and Tipp reopened on Broadway to rave reviews. In Sunday’s GAA Munster championship quarter-final, Cork – unfancied after one win in six of these fixtures over the past 10 seasons – brought a younger cast and a new script to fashion a vibrant, high-quality victory that leaves the All-Ireland champions requiring the qualifiers if they are to become the first Tipp team in 52 years to retain the Liam MacCarthy.

The show reached a dazzling climax with two second-half goals, from Shane Kingston, who ended with 1-4, and, to close and lock the gate on Tipp, replacement Michael Cahalane, symbolising the county resurrection by exploiting a 69th-minute error in the Tipp defence three years after a heart condition had threatened to end his fledgling career.

Manager Kieran Kingston was at pains to emphasise that his youthful team, with five full debutants, had been selected on form and not for novelty, but there was a freshness and fearlessness about them that reawakened memories of previous meetings in this irrepressible rivalry.

This became the fourth of Tipp’s last six All-Ireland defences to be broken by Cork in the Munster championship and sent the champions’ season plunging off course after a five-week spell that has seen a league final rout by Galway and now the loss of their provincial title.

There was so much energy and commitment in the Cork display, it was hard to imagine that just 12 months previously they had been contemptuously dismissed by the same opponents and roundly criticised for tactical gaucheness and aimlessness.

It had been expected that the rejuvenated team would give a better account of themselves this year, but the challenge was still believed to be closer to base camp than the summit.

The first half was encouraging. All the forwards scored from play. Alan Cadogan, a relative veteran, shot three and newcomer Luke Meade racked up a similar score in his roaming role in the middle third. Yet the critical area where Cork performed beyond expectation was in defence.

The left side of Colm Spillane and Mark Coleman delivered terrific displays and laid down early markers – the former in the 10th minute with a clean-out of John McGrath, and the latter showcasing the precision of his distribution as quickly as within three minutes in setting up Séamus Harnedy for the second point.

These were just stand-out moments in a collective effort that made it clear the contest was not going to end early. The scoreboard spun like the meter on a speeding taxi, with nearly a point a minute and a half-time score of 0-15 each.

A riveted crowd of 30,103 could wonder whether Cork had blown themselves out, as the champions looked to have more gears left and yet had kept pace, as the match was levelled 12 times.

Tipperary, for all that they were playing within themselves, had left three goals behind. Noel McGrath burst through the defence and kicked the ball just over the bar when a goal was on. Brendan Maher also pointed when a goal was on but was stopped by a fine save by Anthony Nash, who also stopped Séamus Callanan just before half-time when the Tipp marksman, having steadied himself, looked odds-on to score the first goal.

The second-half revelation, however, didn’t come from the champions. Cork maintained their buzz and Conor Lehane, a few loose wides notwithstanding, stepped up his shooting with four points from play after the break.

Tipperary were strangely out of shape, failing to fence off spaces that their opponents happily exploited. Their attacking strategy became obsessed with Callanan (ironically as it had been Cork’s fixation a year previously), and yet for all the ball pumped in the full forward’s direction, he couldn’t get a decent run on Damien Cahalane, who was well supported by a defence that played like jailers.

Fuel for the challengers

Kingston’s goal in the 43rd minute was a fuel for the challengers. He looked as if he had been blocked, but the second stab cut through the defence and into the net for a clear 1-17 to 0-17 lead.

Tipp responded in a way that suggested they could keep pace, trimming the margin, and at 0-22 to 1-21 their goal came in the 56th minute. Callanan lofted a glorious ball from the right wing into the path of John McGrath and drove in past Nash.

Michael Breen was their most productive attacker, scoring 0-6 from centre forward, but Cork allowed them no latitude, hitting scores in response to concessions and never allowing the momentum to shift against them.

Incrementally, shot for shot, the score-line clicked over, with a replay beginning to look on the cards. It was Cahalane’s goal that settled the matter and, to make bad worse for Tipp, corner back Cathal Barrett was taken off with what looked like a serious injury in the 64th minute.

1 Worst sporting moment: White knuckle ride on a hate-filled night at Windsor
2 Shane Lowry right in the mix at Wyndham after brilliant 63
3 ‘Embarrassment, anger, sadness’: the decline of the great Stephen Hendry
4 Acute disillusionment the only response to growing FAI debacle
5 Canned clapping at the Crucible? It’s weirder it’s getting
Real news has value SUBSCRIBE

Caldwell’s 66 leaves him three off the lead at Celtic Classic 20:42
Bad light frustrates England as Pakistan hold out 19:31
Wilson holds nerve in tense last frame to reach Crucible final 19:23
Shane Lowry right in the mix at Wyndham after brilliant 63 17:48
Sergio Agüero ruled out of Champions League semi-final 17:34
Crossword Get access to over 6,000 interactive crosswords