Cork back at full strength for semi-final clash with Dublin 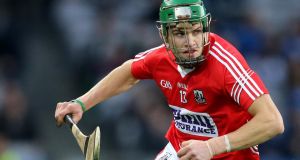 Cork are back to full strength for Sunday’s Allianz Hurling League semi-final against Dublin at Nowlan Park.

Manager Jimmy Barry-Murphy has welcomed back Alan Cadogan, Mark Ellis and Stephen McDonnell to the starting line-up – all three of whom missed the their four-point quarter-final win over Wexford.

Cadogan and Ellis were injured, while McDonnell missed out because of work commitments, but all three now resume their places – with McDonnell replacing William Kearney at corner back, Ellis returning to centre back in place Killian Burke, with Cadogan taking over from Anthony Spillane at corner forward.

Opponents Dublin will announce their team after training this evening.

Dublin under-21 football manager Dessie Farrell has announced an unchanged team for Saturday’s All-Ireland semi-final against Tipperary, which has a 4.0 start at O’Connor Park in Tullamore. Cormac Costello, Conor McHugh and Colm Basquel make up the full-forward line that helped Dublin secure another Leinster title last month, as they look to win back-to-back titles.

“The Government support schemes are of major importance to our county hurlers and footballers,” said GPA chief executive Dessie Farrell, “as they recognise the unique contribution the players make as the leading exponents of our indigenous national games.”