Underage no longer a barometer for future success

Other factors, especially the Sigerson Cup, need to be taken account when judging senior winning sequences 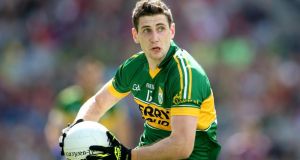 Under-21 level has been more reflective but even here Kerry have taken home just one All-Ireland in 16 years. The point could be argued as being disingenuous, as the county’s three wins at the grade in 1995, ’96 and ’98 produced 19 senior medallists but the minor drought has been apparently without cost.

Even that 1994 minor final defeat of Galway produced just two starting All-Ireland medallists whereas their opponents found eight players who lined out in successful All-Ireland finals.

“While Kerry haven’t been successful they have developed individual players who are capable of playing at a higher level and have obviously gone on to do that. For example Colm Cooper and Declan O’Sullivan are good examples of exceptionally good minors who didn’t play for successful teams.

“The process of development is about developing the whole player and obviously at 17 and 18 you’re really only in the middle of that process.”

One aspect of development that has been revolutionised over the past 20 years is the field of third-level education. O’Shea says that the development of young players at institutes and universities has had significant benefits for players and their counties.

“The James O’Donoghues and Paul Geaneys are considered young but they’ve got their third-level experience behind them and have played in and won Sigersons but they haven’t been successful at underage intercounty level.”

One of the reasons for the renewed prominence of further education is the scale of the numbers enrolled compared to the past when only universities were involved in Sigerson.

“The greater take-up at third level has had an influence. I think players have been catered for far better as well. With development programmes in the counties I think there’s an awareness that if a huge amount is being invested in players at underage there has to be a continuation of that and the whole availability of sports science at third-level is something young players have been able to avail of.”

“It has proved to be a very good grounding for a lot of players. I think there’s 11 on the [weekend’s Kerry] panel who would have played Sigerson with UCC and there’s that kind of connection. Third-level colleges are as professional in their approach as a lot of the intercounty teams.”

After winning the Sigerson in 2011, UCC coach Billy Morgan made a prophetic comment about his team, which had featured, amongst others, Peter Crowley and Johnny Buckley.

“Last year when we got to the final there were three of our players brought onto the Cork panel and I’m sure you’ll hear of a lot of these players in the future for Cork, and unfortunately a good few of them for Kerry.”