Brendan Murphy: medics must be ready to err on the side of caution and remove players 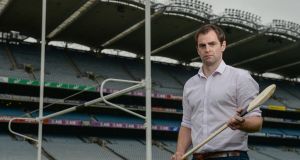 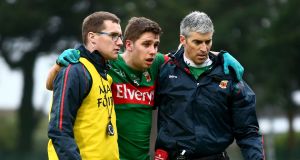 “Wasn’t it the Lee Keegan incident last year in Cork that really sort of scared a lot of people or made people a lot more aware of it?” says former Armagh player Oisin McConville. Photograph: James Crombie/Inpho.

“The HIA, to be honest, is probably contradictory in itself,” said Dr Brendan Murphy, the former Offaly hurler who is currently Tipperary’s match day medic. “The whole message here is if you suspect concussion you get them off the field.

“Concussion can take 10 minutes to present itself from a symptomatic point of view so it comes down to the mechanism of injury. In rugby look at the George North incident [passed HIA but was subsequently diagnosed with concussion], in soccer the Hugo Lloris incident a few years ago, when they had visible loss of consciousness on the field and they were left on to play.

“We all have to err on the side of caution here. Fine, you take a player off and it turns out it is not a concussion. Big deal. It is better off to be wrong in that sense.”

Dr Murphy, speaking ahead of the national concussion symposium in Croke Park on October 7th, was asked if the HIA, if used in Gaelic games, would be damaging to player welfare.

“It’s controversial. Almost contradictory in itself. The rugby protocols say if you suspect concussion the player needs to be taken off the field whereas the HIA is actually kind of saying if you are doing a HIA on a player you obviously suspect the player is concussed.

So why are you doing it? To get them back on the field is basically the only reason you are doing it. It is a grey area but if you suspect a concussion, in my eyes, just get him off.”

Dr Murphy sees value in an extra “concussion sub,” even providing an example of how it could alleviate pressure on inter-county managers.

Earlier this year Tipperary were forced to play with 14 men for the last five minutes of the national league victory over Dublin when Donagh Maher was concussed after Michael Ryan had used all his replacements.

“Now, thankfully, we were winning the game well but we ended up playing with 14 men because one of our corner backs [Maher], I just got him out of there, he had a horrific mechanism of injury. In that instance, without a doubt, [a concussion sub] would make our job easier.

“If that instance happened in an All-Ireland final, where you had used all five subs and it was the 65th minute of the game, then the pressure would be on as you are leaving the team with 14 men.”

In fact that very situation did occur in the not-so-distant past. It’s just four years since Rory O’Carroll was deemed fit to finish the All-Ireland football final despite suffering a concussion after 59 minutes following a clash with Enda Varley.

However, the GAA’s current policy towards suspected concussion is the player must be withdrawn and cannot return. However, this means that medics are actually performing the initial stages of HIA protocols on the field of play.

“I think it is a combination of things – the mechanism of injury, going on assessing the player, doing your quick five Maddocks questions – if there is any hint from those three things really then I think they should be removed,” Dr Murphy explained.

The standard Maddocks questions are: At what venue are we today? Which half is it now? Who scored last in this match? What did you play last week? Did your team win the last game?

“At inter-county level we have somebody in my ear going onto the field telling me ‘It is a pretty bad hit’ or ‘No, he got it in the shoulder,’ so that gives us the luxury of having an extra bit of information. That came from the rugby in the George North incident where it was trial by media as everyone watching at home could see he was concussed and the guys pitch side missed it.”

Does Dr Murphy, like the medics in the North incident, have access to video replay? “No. We have a guy in the stand for big games who tells me what happened.”

A medical expert? “Yeah, well, he is one of the back room team so I can say: ‘Can you give me any more particular info on that hit?’ It’s a massive help. Then it comes down to your clinical judgement. It is a clinical diagnosis. If you are unsure or as a lay person not medically trained and think there is a potential concussion just get them off.

“If you go on and they are clinically fine you leave them on the field.”

It’s four years since Rory O’Carroll was deemed fit to finish the All-Ireland football final despite suffering a concussion after 59 minutes following a clash with Enda Varley.

“Five or 10 years ago if you were to take a guy off because he was concussed in an All-Ireland final you’d be killed or murdered for it whereas we are in a different place now.”

Former Armagh footballer Oisín McConville, also speaking in Croke Park yesterday, concurred: “Wasn’t it the Lee Keegan incident last year in Cork that really sort of scared a lot of people or made people a lot more aware of it. That was damaging at the time but it raised awareness and makes us more cognizant of it since.”

The problem with concussion, Dr Murphy adds, is not at the elite end of Gaelic games. “Intercounty level is the easiest place to manage concussion because they have the back up and the facilities and people are well educated about it.

“It is your Junior A match down in the middle of Offaly where you might only have 16 players. The best player gets concussed and the manager won’t take him off unless his leg is hanging off. That is where you want to educate those coaches, players and parents – that they know the risks associated with it. You recognise and remove.”