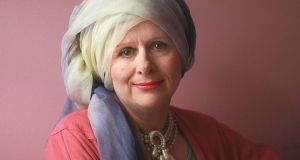 “As Mary Kenny has found out, Twitter not only has all the answers to everyone’s queries of fact these days, it also offers the sort of stern moral instruction for which, in the Ireland of her youth, people used to depend on the Church.”

The journalist Mary Kenny might have been forgiven some confusion about whether Ireland’s lockdown rules prevented her flying in from Gatwick next week to attend the Percy French festival in Roscommon. But for her own sake, she should probably have checked with the Garda first, rather than going straight to the ultimate authority: Twitter.

As she found out, the social media platform not only has all the answers to everyone’s queries of fact these days, it also offers the sort of stern moral instruction for which, in the Ireland of her youth, people used to depend on the Church. Not since the Redemptorist Missions – if she was exposed to such things growing up in Sandymount – can Ms Kenny have endured such a chastening. Oh well, she knows now.

In the meantime, I hear that Percy French has rewritten one of his ballads about the episode: “Oh Mary in London has a terrible plight/There’s people there flying by day and by night/They’re still partly locked down, the Covid’s not beat/But there’s gangs of them flockin’ to Spain for the heat/So what about Ireland? she asked, and was told/That coming here any time soon would be bold/Till the curve it is flattened, she’d better not be/Where the hills of Roscommon sweep down to Lough Ree.

“I believe that when Tweetin’ a wish she expressed/To know how the fine tourists in Dublin were addressed/Well would she believe, as decreed by the Dáil/They don’t get to leave their addresses, at all!/Mind we’ve met some ourselves and we could not in truth/Say if they were staying in Muff or Maynooth/Don’t go starting them fashions now Mary Machree/Where the hills of Roscommon roll down to Lough Ree.

“Oh there’s beautiful sights here now never you mind/Beautiful scenery you’d nowhere else find/Lovely arrangements of blue and of green/But none of them visible, pre-quarantine/And if those requirements you ventured to skip/Well you know that both Twitter and Facebook would flip/Better travel to France, Spain, or – yes – Ita-lee/than to County Roscommon and lovely Lough Ree.

“You remember young Micheál O’Martin, of course?/Well he’s over here now at the head of the force/I heard him one day as he took a firm stand/He stopped just short of saying that Brits were all banned/And as he was talking on Leinster House Lawn/Even Leo Varadkar could only look on/But for all his great powers he’s wishful like me/That you stay where you are till the world’s Covid-free.”

Mary Kenny was not of course the only Irish person being judged by social media recently. Other defendants included Barry Cowen, whose problems with the law were added to (in Twitter’s view) by something that is not illegal but nevertheless raised questions of character. As one of the more fair-minded commentators put it, in genuine puzzlement: “How does someone – especially a country person - not have a [full] licence at his age?”

Mr Cowen was 49 at the time of the incident for which he has had to apologise. And like Ms Kenny’s, his travails too set me thinking about poetry.

As improbable as it seemed, I had a vague memory of reading something in verse once about a rural Irishman doing his driving test for the first time at exactly that age.

A hunch suggested Paul Durcan – Dublin-born but reared partly in Mayo – might be able to help with my inquiries.

And first I found his (1990) poem Self-Portrait, Nude With Steering Wheel, which begins thus: “I am forty-five and do not/Know how to drive a car/ – And you tell me that I am cultured.”

In soul-baring triptychs, it describes the various feelings of inadequacy a non-driving middle-aged Irishman feels, eg: “Forty-five years of getting in and out of cars/And I do not know where the dipstick is/– And you tell me that I am a superb lover.”

And so on until the closing lines, where he stands: “Loitering here outside your front door/Having paid off a taxi in three ten-pound notes/Nude, with a steering wheel in my hands.”

But I knew this had not been Durcan’s last word on the subject.

Further digging led me to his 1997 poem, Christmas Day, wherein a friend called “Frank” surprises him with a present of “AA Driving Gloves” and a “Cockpit Kit”.

And here is how, in the studied understatement of blank verse, Durcan explains this momentous gift: “’Oh Frank, you thoughtful man, thank you’./’My pleasure, Paul, my pleasure./It is mandatory – is that the word? –/To honour your accomplishment/In having learned to drive a motoring car at forty-nine/And to having passed your test first time out./Don’t take offence but I did not expect/You to pass your driving test,/Certainly not first time out’.”

1 Irish in Australia: ‘We are in for a few hard years’
2 German nudist chases wild boar that stole laptop at Berlin lake
3 Midlands lockdown: ‘Why shut down Offaly and leave Dublin open?’
4 Gardaí cannot prosecute people who breach midlands movement restrictions
5 Meet the Bearman of Buncrana: ‘I knew about Joe Exotic for years’
Real news has value SUBSCRIBE