Our Catholic school system has failed to inculcate Christian values 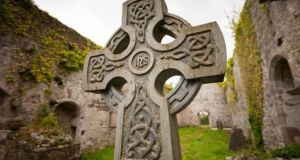 Catholic Church documents on the handing on of the faith declare unambiguously that it is the primary responsibility of the parents and the family. Photograph: Getty Images

In 1990, on a visit to Sweden, I met a religious sister, a member of the Dominican congregation. I was surprised to learn that they had no Catholic school system in that country. She was somewhat bemused when I questioned her on whether or not this had a negative effect on the transmission of the Catholic faith – she could not see the connection. Thirty years on I can now recognise the inanity of my question.

Recent letters to the editor of this paper have highlighted unease about the teaching of the Catholic faith in our schools. Preparation for the sacraments within the school day is problematic in that it militates against freedom of choice regarding participation in Penance, First Communion and Confirmation.

Parental attitudes vary but generally fall into one of three categories: those who take a definite stand and declare that they do not want the child to receive religious instruction; those who are largely indifferent to faith matters but don’t want the child to miss out on the “occasion” that accompanies the sacraments; and those who are practising Catholics and actively support the religious teaching in the home.

Catholic Church documents on the handing on of the faith declare unambiguously that it is the primary responsibility of the parents and the family. This pandemic-infested year provided a good opportunity to put this teaching into practice.

The usual First Communion season had to be cancelled, and this could have enabled parishes to advise families that they, themselves, could prepare the child for full participation in the Eucharist.

Then they could choose a suitable day for the child to receive the sacrament with his/her family at the local parish Mass, and have their own family celebration. This would remove the “we don’t want our child to be deprived when all the other children are having their day” element.

It would also eliminate the spectacle of a church full of adults screening the event on their phones and holding conversations throughout the entire Mass.

Unfortunately Catholic parishes missed out on the opportunity, and carried on with the communal celebration. It is also significant that in the recent past, when a particular parish sought to abolish the secular jamboree that First Communion has become, the idea was abandoned in the face of parental opposition.

The sacrament of Confirmation is a different matter. Mary, not her real name, told me that she and her classmates were not dressing up for their Confirmation in the month of August because it would not be a real Confirmation – they were receiving the sacrament in groups of 12 over a three-day period.

As we talked it emerged that she knew little about Confirmation other than the fact that one gets another name, which raises the question of what is being taught in religion class. Administering this sacrament to 12- and 13-year-olds contradicts its very meaning.

Confirmation means what it says – we confirm the promises made on our behalf at Baptism, and such action requires belief in God and a commitment to live by the values of the Gospel. Most of all it requires an adult choice which should preclude anyone presenting for the sacrament before the age of 18 at a minimum.

Again this year offered the various dioceses a chance to put the brakes on the routine practice of doling out this sacrament to primary school students. The fact that many of those who are confirmed in the faith immediately cease any practice of religion continues to be ignored.

Where does this leave the question of faith-based schools?

Our Catholic school system has not been very successful in inculcating Christian values among its pupils, nor should we expect it to do so. It has not managed to transmit its teaching on sexuality.

Home environment and social mores are much more influential than school. The current situation generates doubt in the child given the different, sometimes contradictory, messages on the importance of religious belief delivered in home and school.

It is past time that the Catholic hierarchy became proactive in withdrawing its patronage from the school system. Doing so would take a certain amount of courage because such a move would probably provoke anger from some parents and teachers, but the Church has endured much anger in recent years. It would be good to suffer for a worthy cause.

Margaret Lee is a member of the Newport, Birdhill and Toor Catholic parish in Co Tipperary