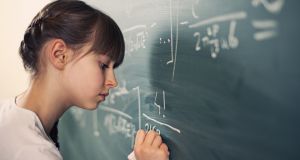 Children return to school today after the Christmas break and for many of those in third year the mock Junior Certificate exams are only weeks away.

The recent OECD Programme for International Student Assessment (Pisa) results were good news for Ireland, showing our 15 year olds are doing well in reading, maths and science in comparison with many other countries.

Some argue that the Pisa results show the current system works and that reforms to the junior cycle, beginning with the examination of the new English specification in June 2017, will do more harm than good. The reforms are intended to shift the balance from the over-reliance on terminal high-stakes exams more in the direction of different modes of assessment over the next few years.

Students, through the embedding of eight key skills, will also be encouraged to think about their own learning, potentially boosting engagement and placing them at the heart of the curriculum.

Pressure for reform started some years back, as crucial research was made available by the Economic and Social Research Institute on the experiences of students in secondary schooling. It was carried out as part of the institute’s longitudinal study of 900 students in 12 carefully selected schools.

It confirmed that by second year, two distinct groups of students are forming. The first is more highly engaged in school work – it is disproportionately made up of females from middle-class professional backgrounds and those in mixed-ability or higher-stream classes.

The second group is drifting or even actively disengaging from schoolwork. It is largely made up of male students from working-class backgrounds and those in lower-stream classes. The differentiation has an impact on achievement in third year.

If we retain the status quo, as some would have us do, we will continue to allow large numbers of students to switch off from learning for life. But if we reform the junior cycle system in the way envisaged, we will dramatically improve the preparation of all our young people for further study, work and life.

Critics simplify the reforms by portraying them as pitting a “flawed” model of inquiry-based learning against the “gold” standard of knowledge. No education system on Earth uses an entirely inquiry-based system of learning. Inquiry-based learning – scaffolded by teachers – works best when students are sufficiently challenged to think about a topic beyond their current knowledge, but within their grasp.

In the old days, people quoted scripture for their own purpose. Now they quote academics. And who better than an academic from Sweden where, critics claim, there is now serious questioning of the “over-emphasis” on skills at the expense of knowledge? But one academic does not a consensus or a Bible make; not even Prof Jonas Linderoth of the University of Gothenburg, who asserts that “an apology to teachers is required for the way researchers and academics have downgraded the teacher’s role for two decades, resulting in Sweden’s ‘disastrous educational record’”.

Ulf P Lundgren, professor emeritus of education at Uppsala University who chaired the committee overseeing reform of the Swedish system in the mid-1990s, strongly disagrees. Linderoth, he wrote, “has no empirical evidence that supports what he says, and it is sad that he has not even bothered to go back to the sources properly. He did not address what the teachers would do in the classroom.”

The aim of the reforms was that the curriculum would be a document managed by objectives and be less detailed in terms of content and how teachers should teach, as Niclas Westin, head of the Swedish National Agency for School Improvement has noted.

The expectation in Sweden was that teachers would be empowered, and not micromanaged. Sweden’s slide in the Pisa rankings came about due to a lack of resources, poor teacher remuneration and a burdensome workload, not because of reforms.

Critics also make gratuitous remarks about the “wellbeing” component, which is essential to the new junior cycle. Their objections to the provision of 400 hours of wellbeing over three years are part of a wider ideological reaction to what some see as the secularisation of the educational system and to the State’s emerging role.

Some regard any initiatives encouraging critical thinking and student reflection as being “non-directive” and leading to “moral relativism”; a sort of “anything goes” morality. Previous initiatives that received hostile reactions included the “exploring masculinities” programme, social personal and health education, and relationships and sexuality education.

Research from the UK, cited recently in Dublin by Dr Andy Hargreaves, found that in an average class of 30 15-year-old students, three could have a mental disorder; 10 are likely to have witnessed their parents separate; one could have experienced a parent’s death; seven are likely to have bullied; and six may be self-harming. Is it any different here?

ChangED passionately believes the reform of the junior cycle is not window dressing. Many solid aspects of the old system are maintained – the different subjects that schools currently offer and innovative teaching methods, for example. The State Examinations Commission will continue to administer external exams. What the new junior cycle does is take all these good aspects, build on them and leave Ireland with a modern and progressive system of education, fit for our young people’s needs.