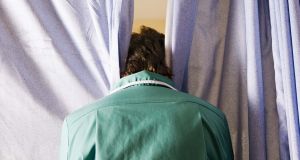 The logic of every report, complaint, discussion and political intervention in the extensive media reporting of the hospital overcrowding this week was that the health service will have to get extra money or the problems will not be solved.

The January crisis in the accident and emergency units of hospitals is one of the more predictable of Irish political memes.

Most recent Januarys have seen some version of the events of the past week – patients flood into hospital accident and emergency units; staff and facilities are overwhelmed; patients and staff representatives complain over the airwaves about the third-world conditions in our hospitals (Actually you wouldn’t get it in the third world, Joe); the Minister for Health says it is unacceptable but that there is a review under way and in the meantime some immediate measures will be taken.

Then some short-term fixes are put in place; the numbers ease; the crisis abates. And everyone waits to resume their familiar roles the next time the crisis erupts. Mind you, the January crisis is normally at its worst at the end of the month, so they probably don’t have long to wait.

The Irish political and administrative system is actually quite good at finding short-term solutions to such problems. Organisations are quite flexible and most staff are willing to go the extra mile to accommodate their patients (something which shouldn’t be taken for granted). But the system is hopeless at making the sort of deep structural changes in the system which might avoid such crises in the longer term.

Partly that’s because the system is so dominated by competing interests. The centre is weak, susceptible to pressure and unable or unwilling to lead the sort of fundamental reorganisation that everybody talks about all the time but nobody seems willing to undertake lest they be disadvantaged by it.

Another way of saying this is that the short-term politics makes long-term good government difficult. It’s a national failing.

All the debate about finding a solution to the problems in the health service tends inexorably towards one destination: spending more money. That is certainly what has happened in recent years; the health service required extra money – a bailout, a top-up, call it what you want – above and beyond its agreed budget every year since long before the crash.

The logic of every report, complaint, discussion and political intervention in the extensive media reporting of the hospital overcrowding this week was that the health service will have to get extra money or the problems will not be solved.

Needless to say, there is no shortage of suggestions about where the extra money should be spent.

Liam Doran, the highly effective chief of the nurses’ union, the INMO, wants more nurses and he wants better paid nurses as part of the solution. He appears quite determined on this point, as was evident from a large number of radio and television interviews during the week. His members apparently share his determination, as they have balloted for strike action next month.

Nor are the medical staff alone in seeking more money. The Siptu and Unite trade unions, representing support staff in the health sector, are also to ballot for strike action, possibly before the end of the month. Every part of the health service is demanding more money for themselves – to improve the system for patients, you understand.

And yet the Minister for Health tells us that he is spending more money than any other health minister in the past. Since 2013, according to the Department of Public Expenditure’s numbers, the health budget has increased by almost €2 billion, or 15 per cent. Health staffing has increased by more than 10,000 people.

The OECD tells us Ireland’s health system, when you count public and private together, is one of the most expensive in the world, consuming a greater proportion of national resources than almost any other comparable countries – even if the outcomes produced by the health system are middling at best.

The truth is that every recent minister for health believes that the interest groups in the healthcare area use and sometimes manipulate real difficulties to agitate for more funding and more staff. One senior official asked last week: how come the “crisis” never hits on December 28th, 29th, 30th?

But never mind all that. The reality is that given the public pressures on health, and the availability of extra resources due to the growing economy (for now anyway), we are probably entering a period of significant expansion of health budgets.

We did that before, of course. It was one of Micheál Martin’s boasts that he oversaw a period of dramatic increases in health budgets when minister for health in the early 2000s. And while it is certainly not true that no service improvements resulted from that, the period of expansion did not coincide with dramatic reforms in how the service was structured, ordered and delivered.

Improvements, yes – the system treats more patients than ever to better outcomes. But the sort of deep structural changes that might avert the regular crises never really materialised.

When he was setting up the British NHS after the war, Aneurin Bevan was asked how he managed to get the doctors to agree to the end of their private healthcare system. He replied that he “stuffed their mouths with gold”.

Well, during the 1990s and 2000s, we stuffed the doctors’ mouths with gold, but it’s not quite clear what we got for it (apart from well-paid doctors). We certainly didn’t get an NHS.

The health service may well need a lot more money in the future if it is to meet our expectations. But if we are going to stuff any more gold into the system, the Government should be clear on what we are going to get in return.